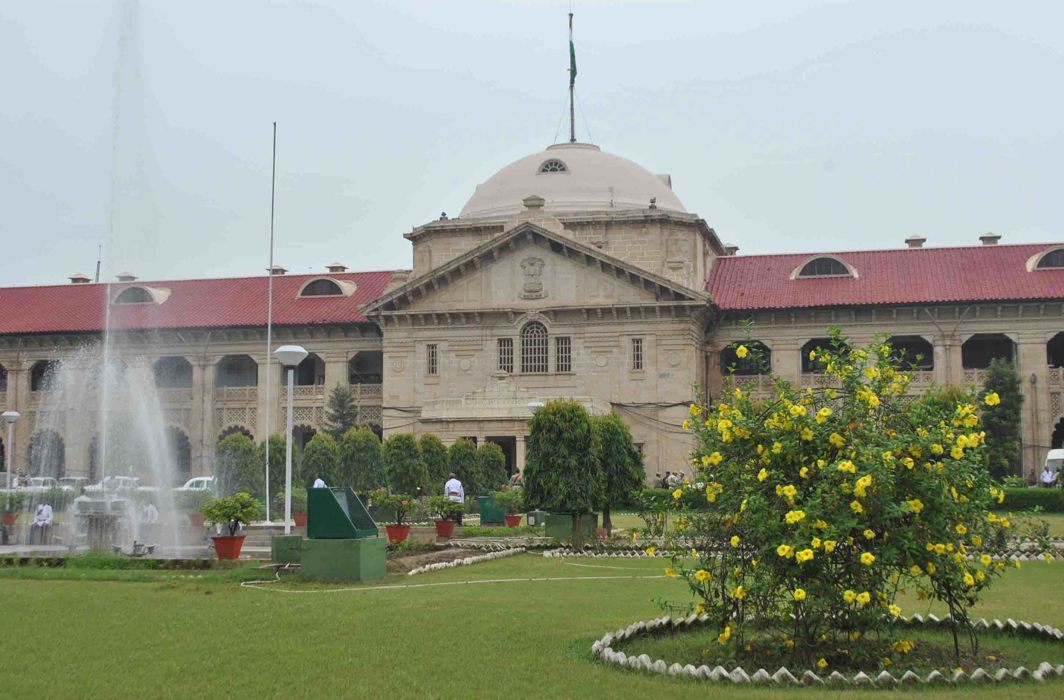 The Allahabad High Court registry on Tuesday issued a circular (see below) to the officials of the court to pay respect to the judges.

The circular said it has been observed that the court officers while moving around the galleries meant for judges in the complex do not step back and allow judges to pass through.

“It has often been noticed that while judges pass through the galleries for sitting in court and also retiring to their chambers, the officials passing in the way do not stop to wait for the judges to cross them, which is clearly an act of disrespect,” said the circular.

It further cautioned the court officers that if any deviation is noticed, then it will be viewed very seriously. 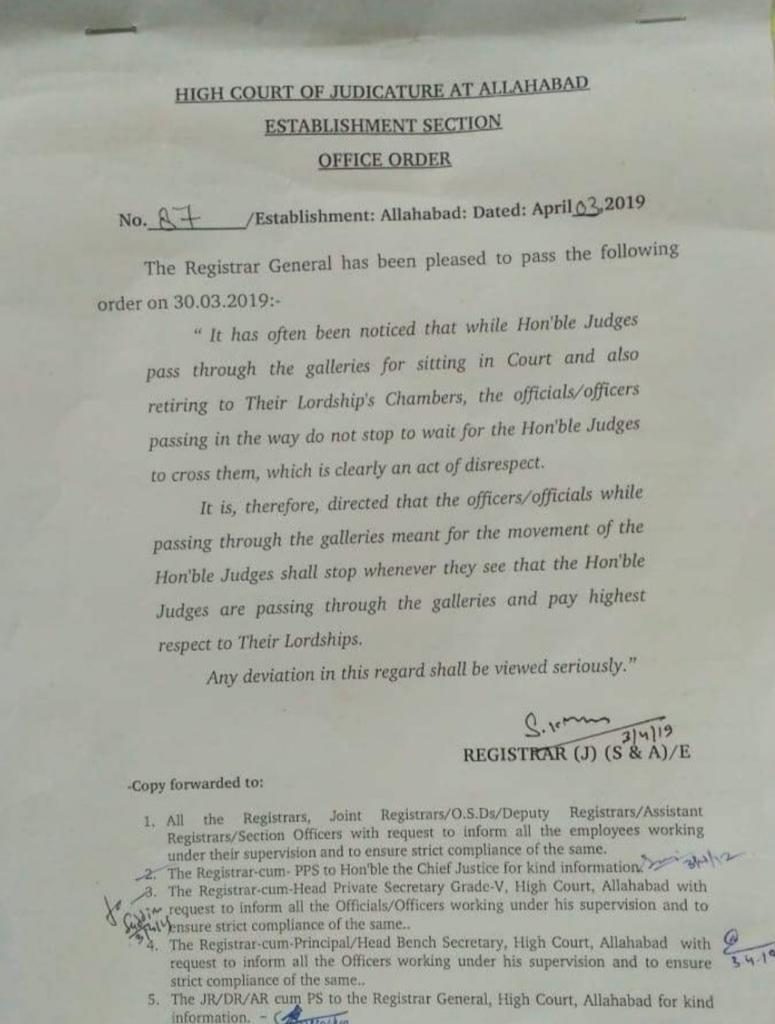