The Court passed this order while amending its order banning entry of any vehicle into the park. 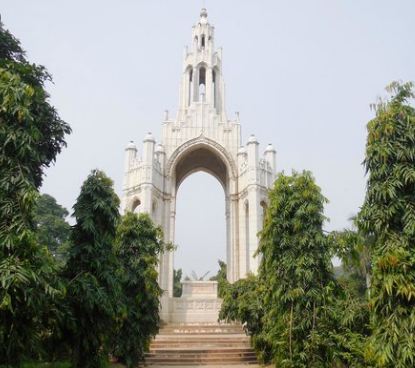 The Allahabad High Court on Wednesday allowed the opening of a gate for vehicles to the National Museum located in the historic Chandra Shekhar Azad Park in Prayagraj.

The Court directed the District Administration to consider the feasibility of providing an alternative arrangement for parking outside park premises.

The petition said the Allahabad Museum is one among the four national museums established by the Government of India.

The museum is centrally located in the Civil Lines area of the city in the lush green Chandra Shekhar Azad Park. At the museum guided gallery tours, free participation in lectures, seminars and other educational activities are available.

The museum is also open for researchers and students and is also having several publications. Plaster cast and fiberglass replicas of stone and terracotta objects, other souvenirs are also sold at the sales counter of the museum.

The museum remains open from 10 am to 5 pm. As per a 2016 Ministry of Culture brochure, the Board of Revenue requested the Government of North-Western Provinces for the establishment of a public library and a museum in 1863.

For unforeseen reasons, the museum closed down in 1881. The initiative to reopen the museum was taken by Pandit Jawaharlal Nehru, the president of the Allahabad Municipal Board in 1923-24. Under the operational direction of Pandit Brij Mohan Vyas, the executive officer of the board, a museum was opened in the municipal building in 1931.

“The facts stated indicates importance and significance of the Allahabad Museum in archaeological and anthropological studies of a big part of our land as stated by Professor Radha Kant Varma, former chairman of the museum. The footfall of visitors has been materially reduced due to the non-availability of the gate that was earlier opened close to the museum. On verifying, it is brought to our notice that the national museum is having a footfall of not more than 30 to 40 persons per day which is otherwise required to be not less than 300 to 400 persons per day,” the court observed.

The court has considered all relevant facts and aspects of the matter.

“True it is, Chandra Shekhar Azad Park is having its own importance and glory. It’s required to be maintained. The garden is also extending lungs to the city of Prayagraj is having the number of old trees,” the court said.

The court held that it is also the biggest place in the city of Allahabad available for morning and evening walkers of every age. “Our anxiety is only that while enriching, protecting and preserving Chandra Shekhar Azad Park (Company Bagh), it is also important to ensure complete use and promotion of national museum. The non-availability of a gate closed is keeping the museum from good number of visitors. Museum, the national repute as such, cannot be permitted to die merely on the count that it is not having adequate opening.”

“Having considered the same, we deem it appropriate to modify earlier orders passed by the court to the extent that an opening shall be allowed for entry to the national museum as that was earlier available from 9.30 am to 5.30 pm. Such opening, however, has to remain close except the period aforesaid,” the court said.