Allahabad HC stays arrest of 2 men in anti-conversion case, directs UP govt not to take any coercive action against them 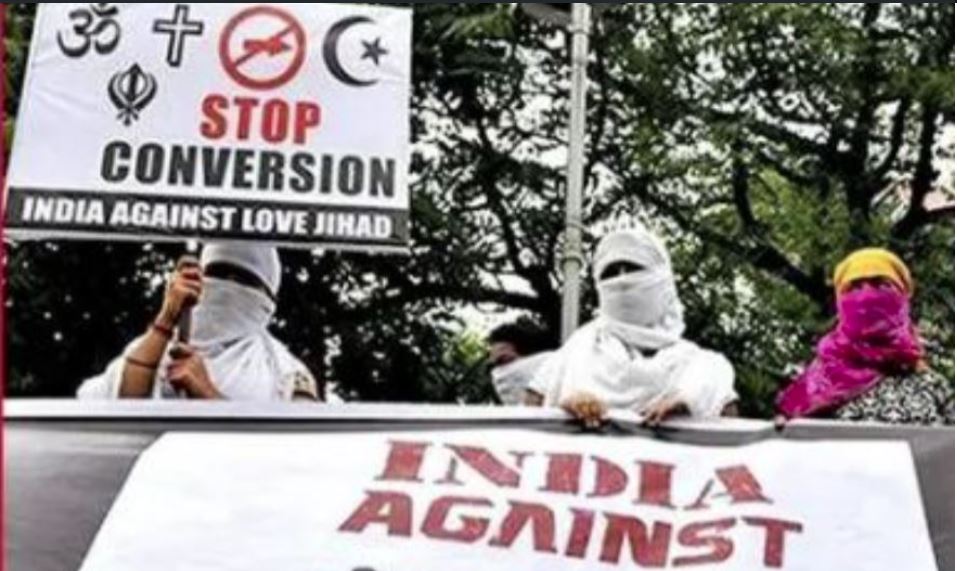 The Allahabad High Court on Friday stayed the arrest in a case registered under the new anti-conversion ordinance of the Uttar Pradesh government. The Court directed the authorities not to take any wrongful action against the petitioner.

The division bench of Justice Justice Pankaj Naqvi and Justice Vivek Aggarwal passed this order while hearing a petition filed by one Nadeem. A case has been filed against him at Police Station Mansoorpur, District Muzaffarnagar, under Sections 504, 506 and 120-B of the Indian Penal Code and Section 3/5 of the Uttar Pradesh Prohibition of Unlawful Conversion of Religion Ordinance 2020.

The petition has challenged the new ordinance recently passed by the Yogi Adityanath government. The Court has referred the matter of constitutionality of the ordinance to the Chief Justice, prohibiting arrest. The Chief Justice is already hearing a PIL challenging the ordinance.

Senior advocate S.F.A. Naqvi, appearing for the petitioner, said the ordinance is contrary to the basic spirit of the Constitution. Therefore, the criminal procedure initiated under it should be canceled. The Advocate argued that the Central Government has enacted a Special Marriage Act for couples of different faiths. It also describes prohibited marriages such as the marriage of close siblings. After this, creating a restricted marriage relationship on the basis of religion by bringing a separate ordinance is a communal and divisive law, he said.

Naqvi argued that once the Central Government enacted marriage laws, there is no scope for the State Government to bring such an ordinance.

A complaint was lodged against petitioner Nadeem by Akshay Kumar of Muzaffarnagar that he had illicit relations with his wife with the intention of conversion and forced her to convert on the pretext of getting married. The petitioner said that he is a poor labourer and due to some monetary transaction, he has been implicated in a false case.