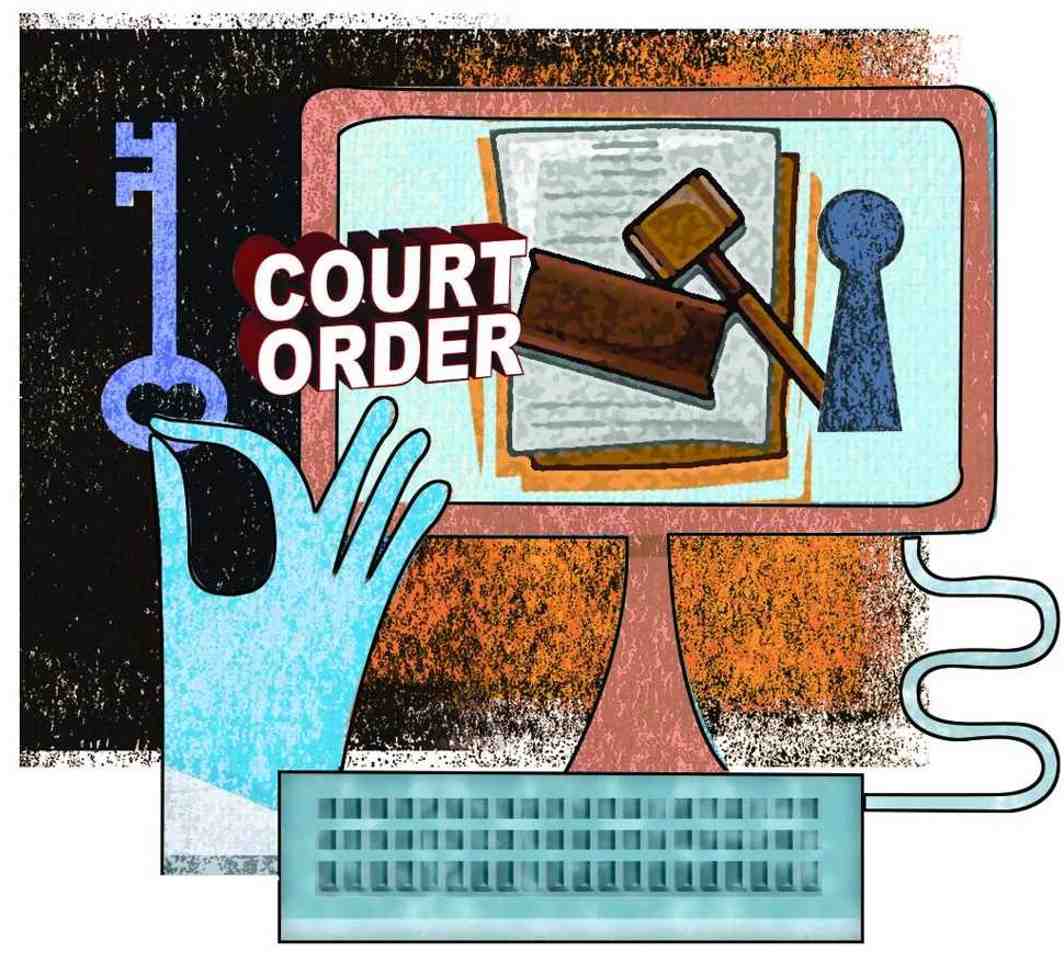 The recent Madras High Court order blocking 2,650 portals under the garb of a pre-emptive strike against piracy, leads to concerns about wider preventive censorship

John Doe is what they call a placeholder name which refers to objects or people whose names are temporarily forgotten, irrelevant, or unknown in the context in which they are being discussed. In the United States and Canada, John Doe and its variations are used in legal action and cases when the true identity of a person is unknown or must be withheld for legal reasons.

Ashok Kumar is the Indian equivalent of John Doe. One does not know how the name came to be used as a local substitute for John Doe but Ashok Kumar has gained legal acceptability.

In cases of copyright infringement, courts in India have been using Ashok Kumar in the place of unnamed defendants, to permit the plaintiff to enforce an injunction order. The latest instance is the Madras High Court issuing an Ashok Kumar order on July 21 and August 2 to block 2,650 websites, as an interim measure against the infringement of copyright of certain films.

The suits for copyright infringement were filed by Prakash Jha Films, in respect of Lipstick Under My Burqa, as well as by Red Chillies Entertainment, Private Limited, Mumbai for its film, Harry Met Sejal. Some 42 defendants have been listed, besides eight unknown persons named as Ashok Kumar.

An Ashok Kumar order is a response to the likelihood that the rights of the plaintiff may be infringed by persons who may have the potential to do so. The plaintiff, in this case, sought such an order because those who have infringed the copyright cannot be easily identified because of their sheer numbers.

The Madras High Court’s order suffers from several flaws, point out experts.  First and foremost, it has been passed ex-parte, without hearing any of the defendants. The Supreme Court, in Ramrameshwari Devi and Others v Nirmala Devi and Others, has laid down guidelines in 2011 for the grant of ex-parte orders. Among them is the requirement that the courts should give short notice to the defendants and hear them before passing ex-parte interim orders.

Another apex court guideline is that in an exceptional case, where the court has to grant an ex-parte injunction, it must record in the order that if the suit is dismissed, the petitioner will have to pay full restitution, actual or realistic costs and mesne profits.

The guidelines also require the court to dispose the application for injunction as expeditiously as possible, preferably as soon as the defendant appears in court. The Supreme Court advocated limiting the life of the ex-parte order for a week so as to prevent the plaintiff from benefitting by adopting dilatory tactics, like seeking adjournments from time to time. However, the Madras High Court order gives relief to the plaintiff pending disposal of the suit.

Ironically, as has been pointed out by experts, the Ashok Kumar order does not offer any justification for the interim order, that is, whether there is any balance of convenience in favour of blocking the websites, as against not doing so, and whether the plaintiff has shown irreparable injury if the offending websites are not blocked immediately. The expert view is that ex-parte orders, issued only on the basis of the plaintiff’s claim, are poorly reasoned, and are legally vulnerable.

The Madras High Court’s blocking order has been criticized for going overbroad and being disproportionate, because it directs Internet Service Providers (ISPs) to block entire websites, instead of specific, identified URLs. Last year, the Bombay High Court, while allowing the blocking of certain verified links/pages instead of the entire websites, had laid down certain safeguards for the protection of the rights of the third parties, who might have been adversely affected.

Among the safeguards was the proposal to have a neutral third-party body, an Ombudsman, which could verify individual links and also deal more efficiently with websites that have been blocked inadvertently.  Such a body, the experts say, could be financed by content owners and telecommunications providers together, to rule out unilateral interests getting dominance.

The idea of an Ombudsman was first proposed by India’s Intellectual Property guru, Professor Shamnad Basheer, to address disputes over blocking. As explained by Divij Joshi in SpicyIP, the well-known blog on IPR (intellectual property rights) issues, founded by Basheer, the legal basis for the Ashok Kumar order is unclear.  Section 52 (1)(b) of the Copyright Act exempts “mere conduits”– which includes ISPs–from liability in respect of any infringement. But the courts have been using their inherent power to request third parties like the ISPs, to ensure that their orders are effective.

Joshi points out that ISPs are generally overbroad in their compliance with copyright law, to avoid liability, as this entails least economic costs. Therefore, court orders requiring them to block access to online content and services are likely to be readily complied with.

Ironically, the producers of Lipstick Under My Burqa benefitted from a publicity campaign against censorship, but did not find anything wrong in demanding online censorship, alleging probable copyright infringement from potential defendants.

Internet Archives, the online library of public domain works, was one of the well-known sites which was blocked as a result of the Madras High Court order. It is one of the world’s largest repositories of legally free books, films, and other historic archival content. It was surprised that the plaintiffs thought it might pirate their film in the future, and sought its blocking.

The website stated on August 9: “Even beyond the fundamental and major problems with pre-emptively blocking a site for users’ submissions and content of which it is unaware, there are serious issues with these orders.” Internet Archive revealed that it has a well-established and standard procedure for rights holders to submit “take down” requests and processes them expeditiously.  There are several instances of take down requests submitted by one of the plaintiffs, Red Chillies Entertainment, throughout the past year, each of which were processed and responded promptly, it disclosed.

After a preliminary review, Internet Archive found no instance of it having been contacted by anyone at all about the films, whose copyright were allegedly infringed in the Madras High Court’s orders. “Is there a specific claim that someone posted these films to archive.org? If so, we’d be eager to address it directly with the claimant,” the website said.

Thirdly, it said Archive.org is included along with thousands of other websites in a list (entitled “Non-compliant Sites”) to block for allegedly making available the two films of concern. “The only URL the list identifies pertaining to us is https://archive.org. There are no specific URLs for alleged locations of films on the site, only the full domain.  Was there any attempt to exercise any level of review or specificity beyond “archive.org”, it asked.

The website commented as follows: “All in all, this is a very worrying development and is part of a harmful pattern of governments increasingly taking web content (and in many cases entire sites) offline in unpredictable and excessive ways. We have seen reports from scholars and academics that this block has disrupted their work. We hope full access to archive.org will be restored quickly.”

Past experience in blocking sites suggests that courts pass such orders without scrutiny, thus punishing even the innocent. “Blocking access is very much like cutting off the oxygen or blood supply”, said Justice Gautam Patel of Bombay High Court, while deciding a similar case last year. Justice Patel is credited with reigning in excesses characteristic of such cases. He decided that the list of 134 pirate Dishoom URLs, compiled by the plaintiff had to be verified in court, and its accuracy confirmed via a sworn affidavit. He also ensured that no legitimate websites would be blocked.

Justice Patel had held that every page blocked by an ISP under a court’s order would have to include a notice on the blocked page giving information under what law, by which court and in which case the link had been blocked. Website owners should be allowed to approach the courts to object to a wrongful block, he held.

Hopefully, the Madras High Court’s recent orders are not cited as precedents by others.