Angshuman Chakraborty, Counsel for the petitioners contended that such unauthorised operation of auto-rickshaws by such persons would cause financial loss and hardship to the petitioners, who were given authorised permit to ply their vehicles. 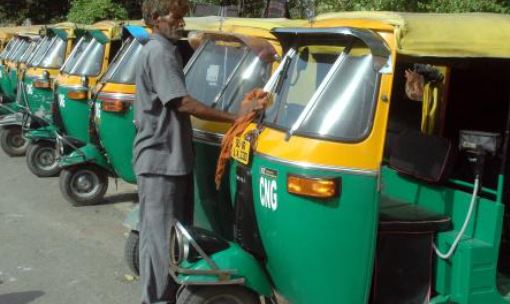 The Calcutta High Court on Thursday said that the Regional Transport Office (RTO) must consider the allegations in their right perspective, especially when the allegations are against a pre-planned and motivated action to ply rickshaws contrary to the route permit, on the support of Union leaders.

The single-judge bench of Justice Shampa Sarkar made the observations while disposing of a petition challenging inaction on part of the RTO, South 24 Parganas in disposing of the complaint lodged by several auto-rickshaw owners, who have been granted a permit to operate auto services between the Sonarpur-Tematha area via Radhanagar.

It has been specifically stated in the complaint that about 300 auto-rickshaws, which have not been granted a permit to ply on the route, have planned under the encouragement of a Union, of which they are members, to operate their rickshaws unauthorisedly.

Angshuman Chakraborty, Counsel for the petitioners contended that such unauthorised operation of auto-rickshaws by such persons would cause financial loss and hardship to the petitioners, who were given authorised permit to ply their vehicles.

Amal Kumar Sen, Counsel appearing for the State, submitted that the RTO cannot physically go and stop any unauthorized operation of auto rickshaws.

Justice Sarkar disposed of the petition with a direction upon the petitioner to file a fresh and detailed representation, categorically stating that their source of information and the basis of the allegations that 300 auto rickshaws would allegedly operate in the route under the protection of the Secretary, Sonarpur-Tematha via Radhanagar Auto Union.

“Once such application is made, the same shall be disposed of by the Secretary, Regional Transport Authority, South 24 Parganas, who is the respondent no.3, upon hearing one representative of the petitioners, the Secretary, Sonarpur-Tematha via Radhanagar Auto Union as also any other interested person, who would wish to be heard and represented before the said respondent.

“Seven days’ clear notice to be given to the respective parties before the hearing is held. Upon hearing of the interested parties, a reasoned order should be passed and intimated to all concerned,” the order read.

It was clarified by the High Court that the entire exercise should be completed within a period of eight weeks from the date of receipt of representation.