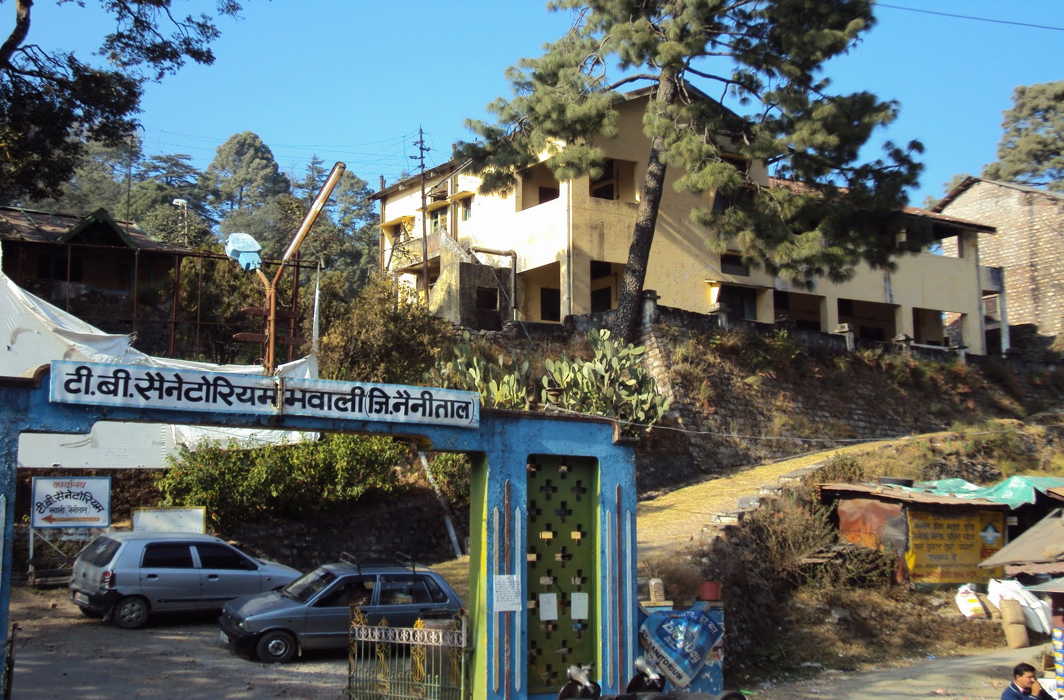 Above: The Bhowali TB Sanatorium may soon be converted into a multi-specialty hospital/Photo: ratansharga.blogspot.com

In a major blow to the state government, the Uttarakhand High Court has scuttled its plans to hand over the historic Bhowali TB Sanatorium land to the Kolkata-based Emami Group on a platter. In a recent judgment, a division bench of Justices Rajiv Sharma and Lokpal Singh quashed the 2010 agreement through which the government leased out a big chunk of land belonging to the chest institute at the TB Sanatorium, located near Nainital, to the Emami Group for 35 years to build Ayush Gram and a luxury hotel. Coming down heavily on the government, the court called it a classic case of misuse of power against the public interest in the name of promoting medico-tourism.

The court pointed out that while the government had undertaken to establish Ayush Grams at eight locations in the state it decided to hand over only the one at TB Sanatorium in Bhowali to a private entity after diluting technical and financial bids in its favour. On the other hand, in Ayush Grams at Pithoragarh, Pauri Garhwal, Champawat, Nainital, Bageshwar, Almora and Uttarkashi, the government retained control of management.

The Ayush Gram concept, the government said in its counter-affidavit, had been developed to promote medico-tourism in the state. Through this concept, the government aims to provide specialised medical facilities for Ayurvedic, homoeopathic, unani, yoga and Siddha treatments. The government also stated that BPL card-holders will be provided free medical facilities in Ayush Gram and 10 per cent of indoor bed facility will be reserved for BPL card-holders but the court found the argument unconvincing.

Nailing the government’s doublespeak, Justices Sharma and Singh reminded the government that it “had taken a specific stand (in another PIL) to open a multi-speciality hospital at Bhowali on June 13, 2017. Setting up of the hospital will require land, infrastructure and wherewithal”. Questioning the move to transfer the land to Emami, the bench said, “The respondent has acted unjustly, unfairly, unreasonably and in an arbitrary manner while entering into the agreement with M/s Emami Group, Kolkata.”

The judges further said: “It is a classic case where the respondent-State has tried to help … Emami by misusing its powers.” No cogent reason has been given while accepting Emami’s financial bid “practically on one-sided sharing of profit. The term of the lease has been increased. The rigours of technical and financial bids have been diluted”, the court said.

Holding officers of the state “accountable for their action while dealing with the State largesse”, the judges described the agreement’s terms and conditions as “unconscionable and one-sided”. Allowing the petition, the court quashed and set aside the impugned order of July 28, 2010, and also the Concession Agreement of August 15, 2010.

The agreement between the Ayush Department of Uttarakhand and the business group was challenged by one Mohammad Azam through public interest litigation. The petitioner sought quashing of the lease/contract agreement for the construction of Ayush Gram due to several blatant irregularities. For one, the petition said that the agreement was loaded heavily in favour of the Emami Group. The petition pointed out that while the cost of the 15-acre land at Bhowali sanatorium at the prevailing circle rates “would be about Rs 9.00 crore”, it had been given on a 35-year lease on a meagre consolidated rent of Rs 2.50 crore.

The petitioner also told the court that about 10 acres of land belonging to the sanatorium was given to the Emami group for construction of a three-star hotel/resort and setting up of Ayush Gram, rendering the remaining area unusable for a hospital.

Highlighting the flagrant violation of environmental laws, the petitioner pointed out that the leased land also included forest area for which permission was not obtained under the Forest Conservation Act. Permission was sought from the central government for only 0.95 hectares of land which has been notified as ‘State Forest’. The area includes 73 green oak trees and 23 trees of other species.

The government had also not taken permission from the State Pollution Control Board, a mandatory requirement, for establishing the Ayush Gram at the Bhowali sanatorium but had transferred the buildings, including the historical ‘Cappanacusha Castle’, which used to be the residence of the Nawab of Rampur and is 150 years old, to the lessee on August 20, 2011.

The petitioner said that the tuberculosis sanatorium is still functioning. Of its total strength of 300 employees, 225 reside in 155 houses on the campus. The petition claimed that Emami’s proposal was blindly accepted by the state government.

*In September 2017 the High Court appointed two practising advocates of the Court to inspect the Bhowali Sanatorium near Nainital and “suggest measures that would help in preserving the facility while converting it into a super-speciality hospital”. The survey will be aimed at preserving the historical structures and flora and fauna in and around the facility, one of the advocates was quoted as saying by a newspaper.

*The same year the Court had sought a report from the government on Bhowali Sanatorium “within three weeks”. Appearing on behalf of the government, Additional Secretary, Health, Pankaj Pandey and Director-General, health, DS Rawat, on July 5, 2017 informed the Court that they had prepared a plan to convert the sanatorium into a 100-bed multi-speciality hospital at an estimated cost of Rs 75 crore. It was this statement which the court referred to in its judgment of August 2018.

*In July 2018, the High Court ordered the government of the state to start a multi-speciality hospital on the premises of the Bhowali Sanatorium “within six months”.

This order was also passed by a division bench of Justices Sharma and Singh on a PIL which highlighted the paucity of doctors, staff, space and equipment at the three government hospitals in Nainital. The Court ordered that the government should initiate the tender process for the construction of new buildings for the multi-speciality hospital in three months. Minor repair of buildings at Bhowali Sanatorium were to be undertaken during the same period.

The government was also told to release funds within seven days for the treatment of TB patients admitted to the Bhowali Sanatorium.

Established by the British in 1912, the sanatorium is located at an altitude of 6,000 feet. Eminent persons like Kamala Nehru, wife of first prime minister Jawaharlal Nehru, revolutionary and writer Yashpal, and litterateur Kailash Nath Katju underwent treatment at this sanatorium.

Punish those who don̵...