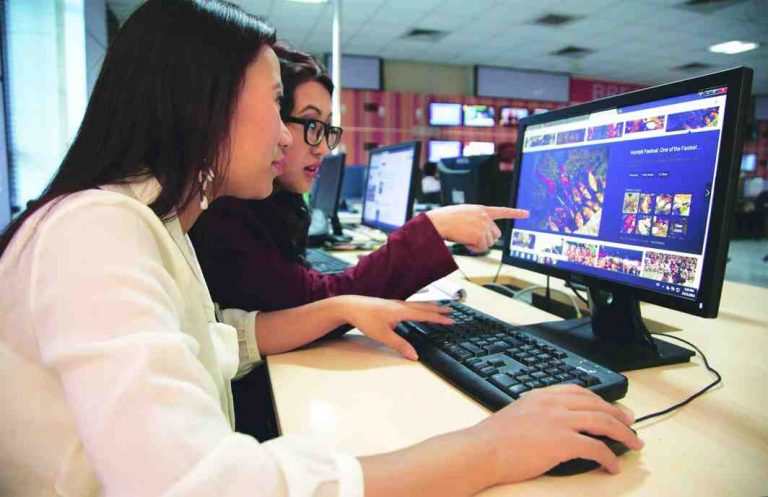 Above: Cyber law needs to quickly move forward so that the rights of the public are protected. Photo: Anil Shakya

While various sites have been blocked, the legal framework does not provide checks and balances to ensure that the right of the public to access legitimate content is not curtailed

Today in India, we are beginning to see diverse trends in cyberspace. One of the favourite ones is the repeated blocking of websites. And the latest to be blocked is the Internet Archive — www.archive.org – which was not accessible and even if accessed, displayed this message: “The website has been blocked on the directions of Department of Telecommunications.”

It is hard to fathom how a website like www.archive.org, which effectively plays the role of an internet historian, has been blocked. Blocking sites has increasingly been resorted to by various stakeholders. The power to do so has been statutorily conferred on the central government by Section 69A of the Information Technology Act, 2000.  Various parameters for blocking have been defined under the said section.

Further, many blockings have also been done on various court orders.  The intellectual property rights jurisprudence is constantly evolving in the country. John Doe lawsuits are increasingly being resorted to, not just to find out the identity of unknown persons who have committed unlawful acts, but also for the purposes of blocking websites, infringing the intellectual property rights of owners. Invariably, blocking orders are issued in copyright infringement suits.

There have been many cases where high courts have passed blocking orders, including in matters pertaining to Bollywood films. Blocking is now being seen as a way of paralysing online pirated content. In that sense, it is often seen as a primary tool in the fight against online piracy. However, history has been witness to the fact that blocking orders have not been effectively implemented as per the directions of the court.

A few years back, various websites were blocked in totality by service providers when they were only directed to block a particular webpage. The logic and rationale given by these providers was that since they lacked the intrinsic mechanism to block a webpage, they blocked the entire website. This is increasingly happening.

While blocking has its advantages, in today’s connected world, it is an outdated phenomenon. Blocking appears to be a 19th century tool that is being used to deal with 21st century challenges. More often, blocking of websites generates far more interest and often leads to more internet traffic to that site.

Further, as blocking can only be within the territorial boundaries of India, the original site continues to be online. And users and netizens increasingly use a variety of indirect tools to access the blocked website.

Unfortunately, the legal framework in India have not yet given its attention to either implicitly recognising the right of the public to access the internet or providing effective checks and balances to ensure that such a right is not prejudicially impacted by faulty implementation of either government or court directions. In today’s world, while people cannot have a well-informed life without internet access, it is imperative for the law to recognize that right.

Past experience in blocking sites suggests that such court orders passed without scrutiny end up punishing the innocent.

Unfortunately, when one looks at the Information Technology Act, 2000, one finds that there is no specific point on the subject under discussion. Further, when one peruses through the provisions of the Information Technology (Intermediary Guidelines) Rules, 2011, one realises that while general parameters of due diligence have been defined for intermediaries, these parameters are not specifically drafted to help protect the right of the public to access the internet.

The said rules also do not stipulate as to whose liability it is if the right of the public to access the internet is unauthorizedly curtailed.  As we march towards Digital India and as more and more Indians experiment with not just their own generated data but also with electronic data available online, it is imperative that robust legal frameworks come to the aid and assistance of the common public. Hence, while the significance of blocking orders has to be respected, appropriate liability needs to be drawn up for service providers so that faulty implementation of court orders or governmental directions does not lead to curtailment of the right of the public to access the internet.

Unfortunately, this is one area that Indian cyber law has not really looked into. The provisions of the Information Technology Act, 2000 pertaining to intermediary liability have been laid down in a manner that does not lead to any interpretation of furthering the right of the public to access the internet. Intermediaries need to be made responsible and accountable for their activities in implementing blocking orders.

The right to access the internet is also not an absolute right. However, if under the garb of implementing blocking orders, if the right of the public to access legitimate content stands curtailed, it is a serious public policy issue.

It is time for India to legislate in this regard. Cyber law needs to quickly move forward so that the rights of the public are protected. This is imperative and must be part of future policy-making decisions of the government.