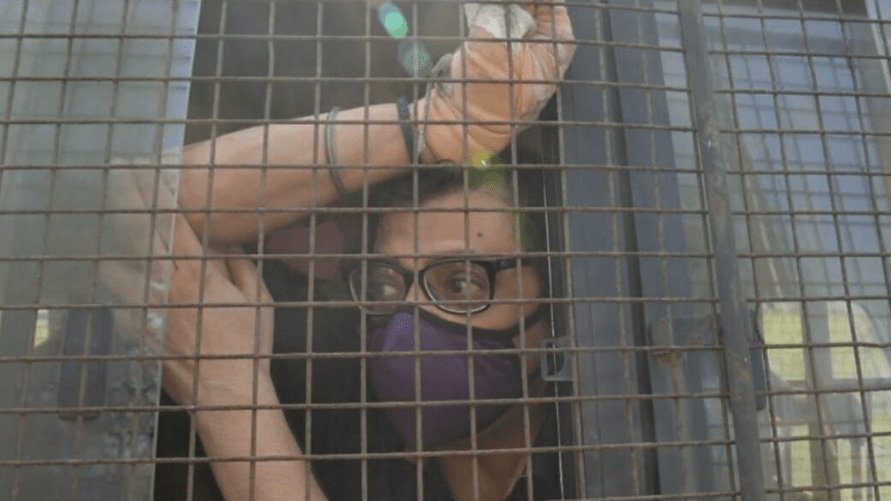 New Delhi (ILNS): The Bombay High Court has refused to grant Republic TV Editor-in-Chief Arnab Goswami interim bail in the 2018 abetment to suicide case. This came after same court on Saturday reserved its order in the Habeas Corpus petition filed by Arnab Goswami and allowed Arnab a leave to approach the lower court for bail under Section 439 CrPC.

A division bench comprising Justices SS Shinde and MS Karnik while rejecting his interim bail plea directed the Sessions Court to decide on Arnab Goswami’s bail plea within 4 days of his filing the petition.

The bench said that no case is made out for exercising the extraordinary jurisdiction of the high court. Moreover, the alternative remedy to approach the trial Court for regular bail was available to Goswami. The bench further clarified that the observations made in the present case would not apply in the application seeking regular bail by Goswami.

Meanwhile, before the pronouncement of the high court order Goswami today moved a regular bail application before the Sessions court, Alibaug seeking his release from the judicial custody.

The FIR (CR no. 59 of 2018) accuses Arnab of abetment to suicide of interior designer, Anvay Naik. In his application filed today, Goswami has sought bail in the same FIR.

Arnab Goswami, Feroze Shaikh and Nitesh Sarda have been accused in connection with a 2018 abetment to suicide case of interior designer Anvay Naik and his mother Kumud Naik.