With the Supreme Court all set for the hearing the CBI Director Alok Verma’s petition. A Deputy Superintendent of Police in the investigative agency has petitioned the apex court against his transfer to the Intelligence Bureau (IB), his parent organisation. Ashwini Kumar Gupta in his petition says the IB has given him NOC to for his continuation in the CBI and as such his transfer would only scuttle investigations and findings against the Joint Director Rakesh Asthana in which he was one of the officers.

He says that October 24, 2018, the CBI repatriated the applicant to his parent organisation on the ground that the order of his extension was not received by CBI.

Petitioning against this, the Gupta has submitted that the NOC from IB regarding the extension of tenure of the applicant was received by the CBI in June 2018, before the expiry of applicant’s deputation period. The same was forwarded to the DoPT for its approval in June 2018 itself, the applicant states.

Gupta has alleged that the real reason for his repatriation to IB is due to the fact that he was one of the officials who had unearthed crucial findings implicating Rakesh Asthana in Sterling Biotech case. 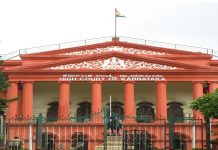