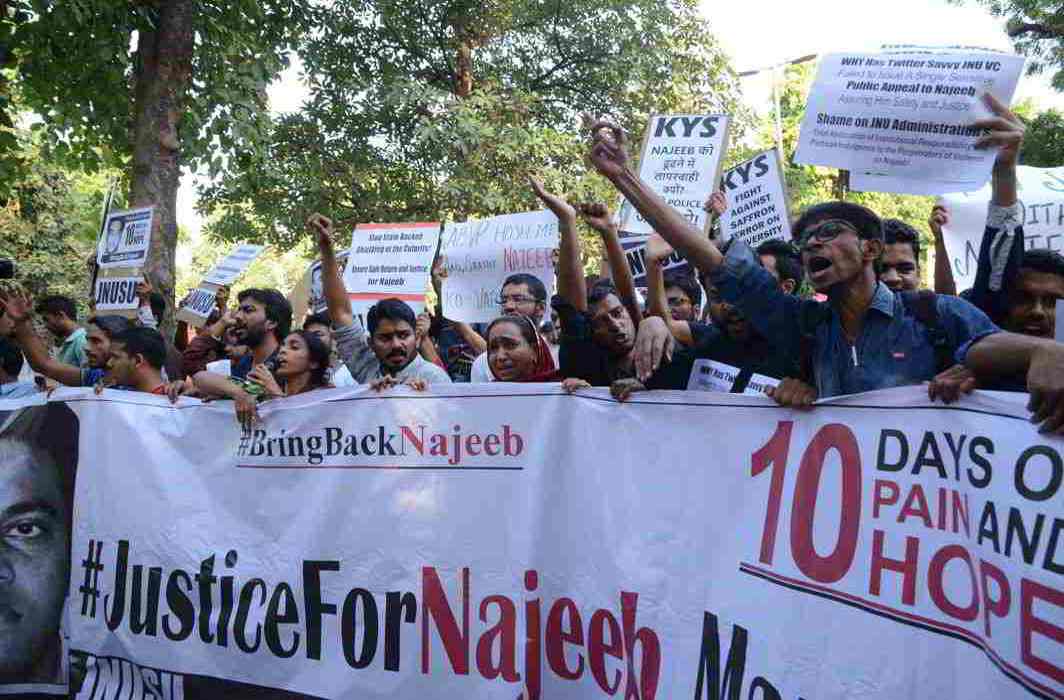 The CBI on Friday (July 13) indicated the closure of the investigation into the JNU student Najeeb Ahmed disappearance saying there is no proof of Najeeb’s disappearance.

“At ground level, we have been doing everything but there is no trace of Najeeb. We were also contemplating to file a closure report but then there are some more aspects which might be analysed and we would examine those,” Nikhil Goel, counsel for CBI said to the bench of Justices S Muralidhar and Vinod Goel.

Counsel said that CBI had issued a yellow corner notice and also declared an award of Rs 10 lakh for the person who would give any information about the whereabouts of Najeeb. However, the response has been “negative”.

“Till today we are taking feedbacks and the answer has been in negative,” counsel said, adding that they had also taken the help of “digital foot printing” of the nine suspects to monitor their movement but all in vain.

Appearing for the petitioner, senior advocate Colin Gonsalves said that the CBI had failed to conduct custodial interrogation of the nine suspects despite their names being identified by the warden who had also protected Najeeb from being assaulted by a group of students.

Gonsalves further informed the bench that 18 students had submitted their written complaints to Chief Proctor, JNU, following the Najeeb’s disappearance.

The bench directed CBI to file a compilation of complaints given by those 18 students along with statement given by three wardens—Arun Shrivastava, Soumyajit Ray and Sushil Kumar and the security guards who were responsible for the security around the area of incident.

The matter has been posted for next hearing to September 4.

The bench was acting on the habeas corpus plea filed by mother of Najeeb Ahmed, Fatima Nafees.