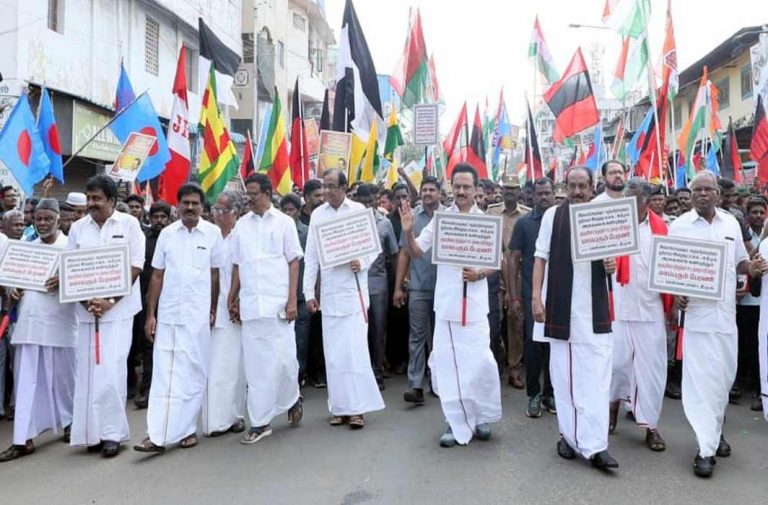 While scores of anti-CAA petitions are pending in the Supreme Court, the High Courts have been quick to address the burning issue

While Chief Justice of India SA Bobde has reiterated on several occasions that the apex court will hear the challenge to the constitutionality of the Citizenship (Amendment) Act 2019 once the nation-wide violence stops, various High Courts across the country have been quick to address the burning issue. Some of the protests around the country have been peaceful, like the Shaheen Bagh sit-in in New Delhi, but many others, particularily in the states, have seen the breakout of violence, forcing the High Courts to step in suo motu.

The Rajasthan High Court set the ball rolling by asking the centre to explain the process of granting citizenship to persecuted minorities of neighbouring countries. In Shillong, the Meghalaya High Court was as blunt as it could be when it said that the CAA offended the secular colour of the country. In the south, the Madras High Court ordered that a rally by the opposition DMK party be videographed after the Court was informed that the police in Chennai had denied permission for the anti-CAA rally. The Court refused to stall the holding of the rally, saying that “in a democratic country, a peaceful demonstration cannot be prevented, as it is the backbone of the democratic set up”.

Bangaloreans found support in Karnataka High Court when Chief Justice Abhay S Oka pulled up the administration for unnecessarily imposing Section 144 ahead of scheduled protest rallies. The Allahabad High Court, too, registered a suo motu PIL against the internet shutdowns in Uttar Pradesh over anti-CAA protests. It also asked the National Human Rights Commission (NHRC) to investigate the alleged police excesses in Aligarh Muslim University on December 15 during the protests.

The centre has moved a transfer petition urging that all challenges to the CAA in various High Courts be heard by the Supreme Court directly. Solicitor General Tushar Mehta, while mentioning the matter before CJI Bobde, sought to show the government’s concern, saying that different High Courts may have varying decisions on the issue. The CJI agreed to hear the transfer petition, but not before stating that he would want to know what the High Courts had to say on the Citizenship (Amendment) Act.

Petitions raising concerns over police action in Jamia Milia Islamia and Aligarh Muslim University were first filed in the Supreme Court. The judges were reluctant and asked the petitioners to approach the jurisdictional High Courts (Delhi and Allahabad).

Every pat on the back that Modi and Shah have given themselves ever since Modi 2.0 came, has given someone an opportunity to knock on the Supreme Court’s door. The judiciary today has become a political tool being constantly used by and against the central and state governments. The makers of our Constitution must be turning in their graves as they probably never imagined that it would ever be misused to this extent.

Lead picture: The Madras High Court refused to stall an anti-CAA rally by the DMK in Chennai/Photo: UNI