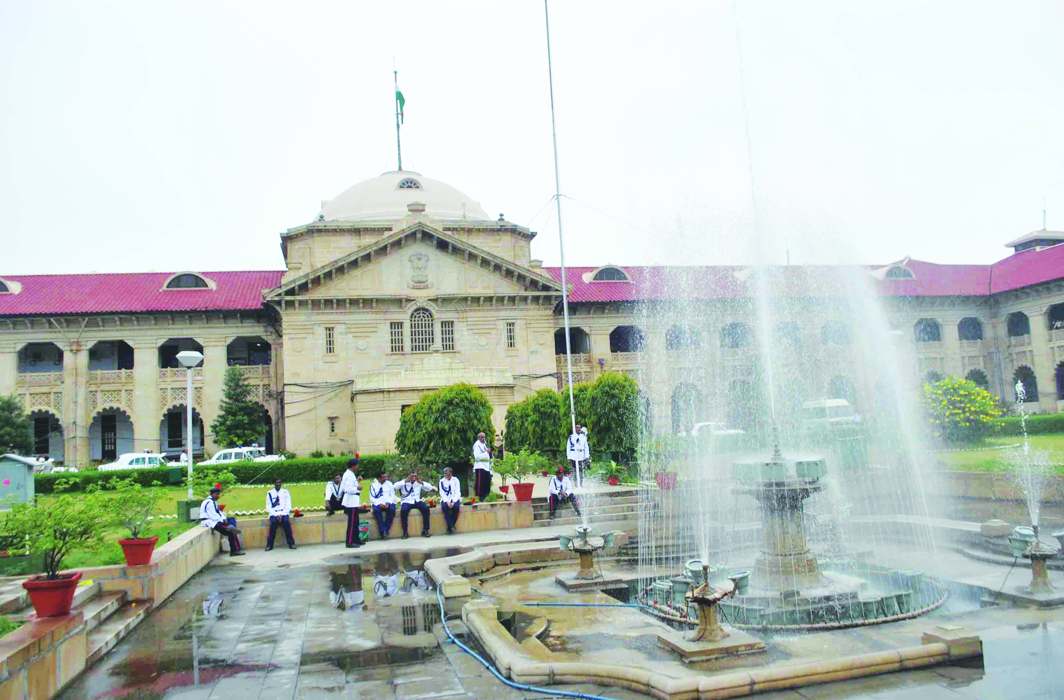 The government has sent back to the Supreme Court Collegium names of two advocates of the Allahabad High Court that had been recommended by the Collegium for elevation as judges of that court.

According to a notice (see below) issued by Chief Justice Dipak Misra, and Justices Ranjan Gogoi and Madan B Lokur, all members of the Collegium, two advocates, Basharat Ali Khan and Mohd. Mansoor were the recommendees.

As per the notice the Collegium had cleared their names on two occasions, on February 4, 2016 and also on April 4, 2016. The notice goes on to say: “However, when the file relating to the composite proposal for elevation of these two and other recommendees was sent back to the Chief Justice of India, the Supreme Court Collegium on 15th November, 2016, deferred the proposal in respect of the above-named two Advocates in view of the observation made by the Department of Justice in the file that a complaint making allegations against them had been received and that fresh inputs thereon were awaited.” 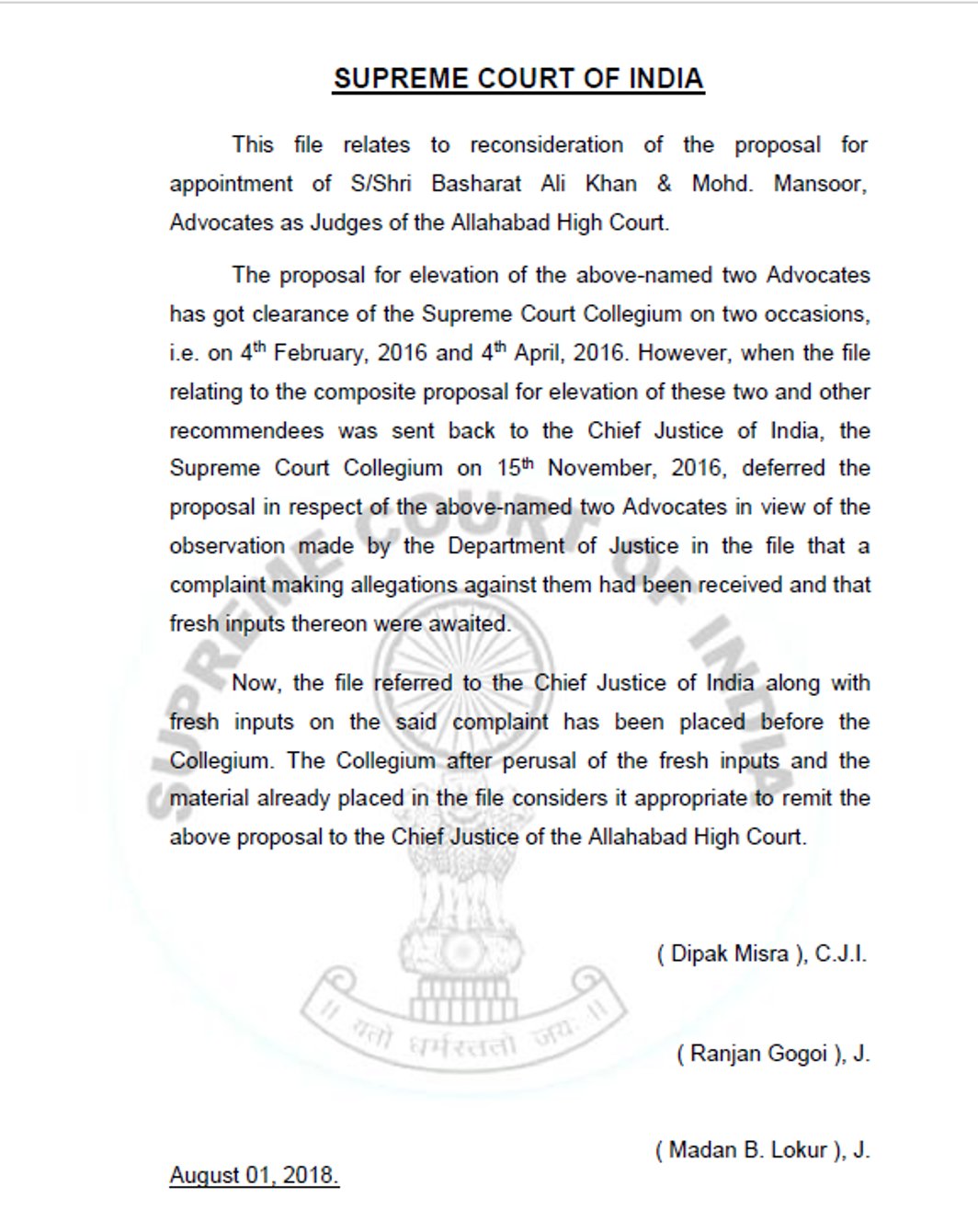