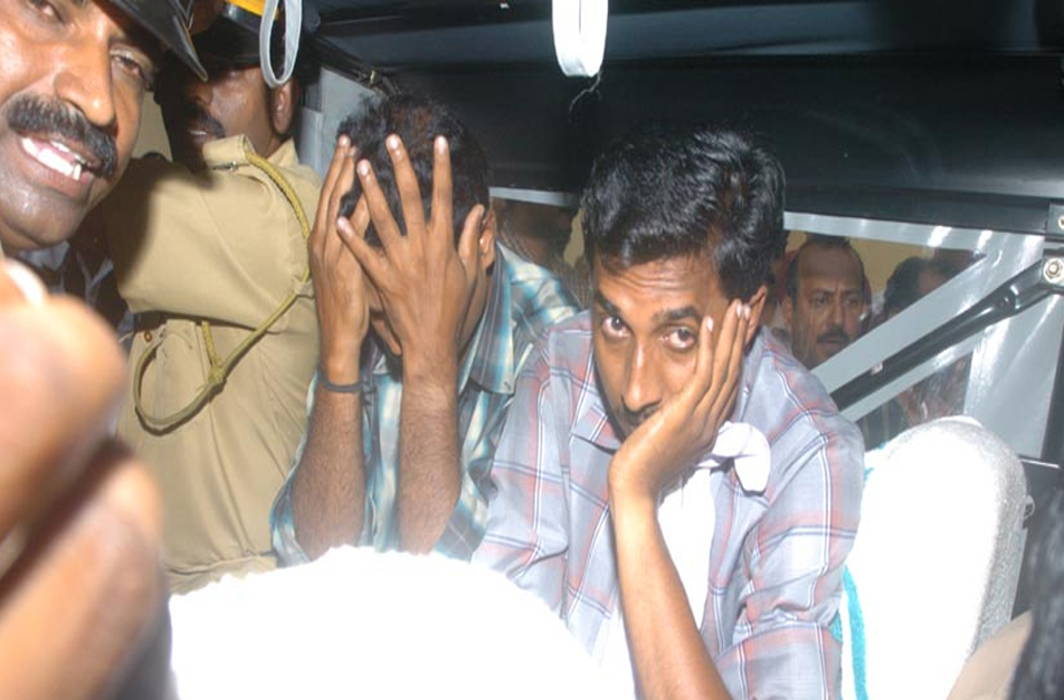 For the first time ever, a court has awarded the death sentence to two policemen, sending a strong message to the force that their duty is to safeguard and not endanger public safety

July 25, 2018, will go down as a watershed date in the history of custodial killings in India. For the first time ever, a court handed a death sentence in a case of custodial death to two policemen. But what is perhaps more significant for Kerala is that the Thiruvananthapuram CBI court’s order comes at a time when the state’s police force continues to be in the firing line regarding custodial torture and highhandedness.

It might have taken 15 years for justice to arrive in Udayakumar’s case but when the CBI special judge, Justice J Nazar, pronounced the death sentence, he was sending a strong message to perhaps not only the Kerala police but also those in uniform across the country. “Here the brutal and dastardly murder was committed by police personnel who are duty bound to protect the life and property of the citizens and if they venture into these kinds of crimes the safety of the public would be in a knot,” the judgment read.

The state police is, however, tight-lipped and has refused to comment when asked if this was the much-needed wake-up call for the force. But sources in the top brass of the department in the state said that most of the force is shocked at the death sentence verdict as many had expected a sentence of life imprisonment. Kerala Director General of Police Lokanath Behera put on a brave face. “You cannot judge the entire force based on one or two incidents,” he said.

Senior lawyers in the state are of the firm opinion that this judgment is not only a landmark for future cases of custodial death in India but will also act as the much-needed deterrent for such erring policemen. “Unlike ordinary murders or mob lynching, where the perpetrator might not understand the legality of the verdict in all its seriousness, here since the guilty are closer to the law like no other and since they have got the maximum punishment, I think a very strong message would go across the police force at least in Kerala to start with,” senior criminal lawyer V Ajakumar told India Legal.

On September 27, 2005, 25-year-old Udayakumar and his friend, Suresh Kumar, were picked up by two policemen, K Jithukumar and SV Sreekumar, of the Fort Police Station in Thiruvananthapuram under what the police called “suspicious circumstances” at around 2 pm. They were picked up from a park and taken to the police station, where, according to the policemen, Rs 4,200 was found in Udayakumar’s possession. The police claimed that the money was stolen by him but could not substantiate their charge. Udayakumar wanted his money back and refused to leave the station without it.

According to the evidence presented by the prosecution, Udayakumar was given the money by his mother, Prabhavathi Amma, to buy new clothes. The two friends reached the city, but since a political rally was going on, they opted to rest in the park for some time. And then the police came calling. What followed, as per the prosecution’s version, was custodial torture of the most inhuman kind for one-and-a-half hours.

Udayakumar was soon separated from his friend and put inside the cell where he was tied to a metallic cot and beaten first with a lathi and then by a galvanised iron pipe used for plumbing purposes. The post-mortem report clearly put the cause of his death as the blows and the body rolling that he received with the pipe mainly on his thighs and other parts of the body which crushed his muscles, leading to shock, haemorrhage and death. Udayakumar’s body had 22 wounds of grievous nature. By 10.30 pm, he was found motionless in the cell and declared brought dead at the Government Medical College Hospital. What followed was a mad rush by policemen at the station to cover their tracks.

The CBI, which came into the picture following a petition by Udayakumar’s mother filed in the Kerala High Court, could unearth the chain of events that led to his death. What opened up the case was the discrepancy in the recording of the time of Udayakumar’s arrest. While the police fudged it to 10 pm on September 27, 2005, the Crime Branch had put it as 8 pm which forced the CBI to track down Udayakumar’s friend, Suresh, who had by then turned hostile. Suresh finally confirmed it as 2 pm which corroborated the corrections found in the documents at the police station which the police had made to their advantage. A separate case of theft had also been registered against Udayakumar, which the prosecution proved was done after he died—an attempt by the policemen to justify his custody as initially they had no case against him.

By illegally detaining an innocent man, the policemen at the Fort Police Station had not only violated all norms set by the Supreme Court pertaining to arresting an individual but had also been engaged in destruction of evidence to cover up a crime their colleagues had committed.

Following the CBI takeover in 2008, half-a-dozen policemen and policewomen who were on duty at the Fort Police Station turned approvers after cases were filed against them, too. This proved crucial in the case.

But all this would not have been possible without the brave fight that Udayakumar’s aged mother put up for her son at the doorstep of the judiciary. It was her persistent claim—that her son was innocent, money was given to him by her and she did not believe she would get justice from the state police—that finally had the Kerala High Court asking the CBI to take over.

“They killed my son during Onam (Kerala’s state festival) 13 years ago. Now they will spend their Onam behind bars. God has heard my plea because they killed an innocent man,’’ a teary-eyed Prabhavathi told mediapersons moments after the court’s verdict came out. The court has also handed three years of imprisonment to retired superintendents of police TK Haridas and EK Sabu and Dy SP Ajith Kumar for destruction of evidence.

While the judiciary has set the record straight, activists in the state are not ready to believe that this judgment could turn the tide. “Justice certainly seems to have been done in this case although most of us don’t support capital punishment. But whether this will help to stop custodial torture and death is very difficult to say.

What is needed is strong will from the top level of the state police for such things to get eradicated forever,’’ said PA Pouran, a well-known human rights activist.