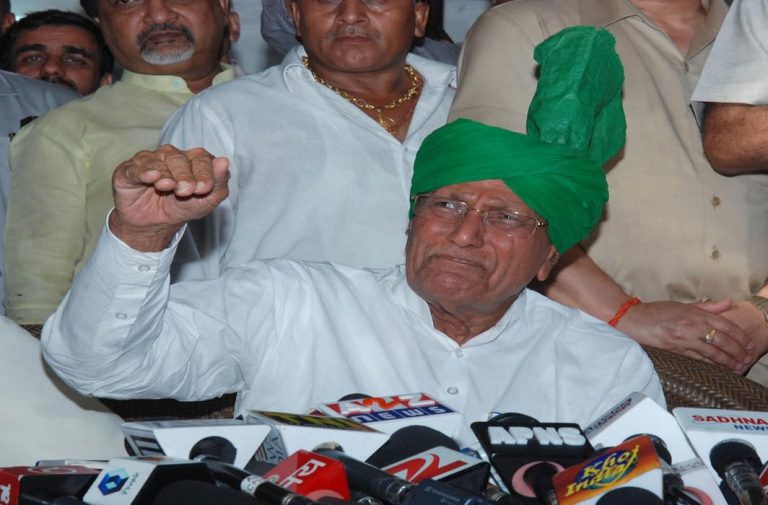 The Delhi High Court heard OP Chautala’s plea for premature release from jail on Wednesday in the matter connected to the Prevention of Corruption Act (PCA).  Chautala challenged Delhi Government decision dated April 3, 2019, whereby the state government had dismissed the representation of senior Chautala for premature release in view of the Government of India notification on the ground of seniority and disability.

The Government of India released a notification on the Gandhi Jayanti, 2018, stating the release of the convict in the jail who are senior, disable and completed half-term of the sentence. The matter was listed before the Division Bench of High Court comprising of Justices Manmohan and Sangita Dhingra Sehgal, which heard the counsel for Chautala and counsel for Delhi Government at length. The submission made on behalf of the counsel for the petitioner, Amit Sahni, includes that the ground of the notification of government of India has been fulfilled by the petitioner. He stated that although the notification state that the prisoner in connecting matter to PCA is exempted from relief of the above said notification, however, the petitioner has already completed the sentence of special provision of PCA i.e. 7 years. Hence, he is eligible for a premature release from the Jail.

The counsel for Delhi Government stated that since the Petitioner is convicted under PCA, therefore the benefit of special remission notification cannot be extended to Chautala.

After hearing the arguments, the court directed the parties to submit written synopsis not exceeding three pages. The next date of hearing to decide on the premature release is in the month of August 2019.