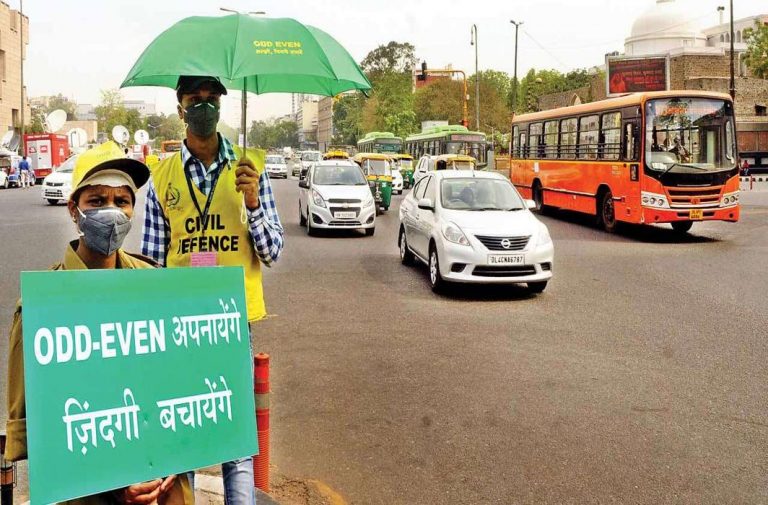 Delhi High Court today asked Delhi Government to consider a batch of PILs as representation against the upcoming odd-even scheme in Delhi and file a written submission before 5th November, while refusing to pass an interim stay on the implementation of the two-week vehicle-rationing scheme.

The AAP-led Delhi Government has slated 4th to 15th November for implementing the scheme, while exempting women of it. The chief objection of Shashwat Bhardwaj, one of the petitioners, is that by exempting merely women to drive irrespective of such rule will itself will be a counterblast to the relief that is sought by the Government as nowadays in every family the female member has a valid driving license.

It states that many people make their livelihood entirely based on travelling like advocates who run between different courts for hearings across the Delhi-NCR region on a daily basis and implementation of the scheme would hit them financially.

The petitioner pointed out that the reason behind exempting women was vague, mischievous and misconceived.

The petition alleges, “the said odd even scheme is being enforced only to gain a political mileage and no legal opinion was perhaps sought even from the law department of the Respondent before formulating the said scheme.”

Another petitioner Santosh Gupta has called the non-exemption of CNG vehicles as being arbitrary.

Yet another petition, filed by one Sanjiv Kumar claims violation of Article 19(1)(g), 14, 15 of Constitution of India as the odd-even policy is allegedly arbitrary, illogical, done capriciously in an unreasonable manner without adequately determining principle cause and remedy. It also argued that the Scheme was solely for vote bank politics in the guise of curbing pollution.

Some of the specific grounds are as follows: