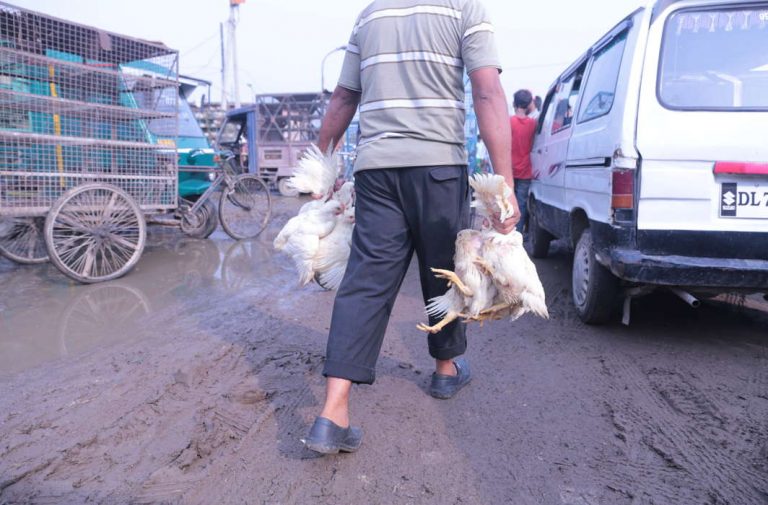 The Delhi High Court on Monday banned the slaughtering of animals at Ghazipur Murga Mandi while only allowing sale of live animals until Municipal Corporation of Delhi (MCD) comes up with a slaughter house.

The court order came when it inspected the status report submitted by the Delhi Pollution Control Board (DPCB) which said that Delhi Agricultural Marketing Board (DAMB) violated 15 laws. The report said that even after showcause notice was issued to DAMB, the slaughtering of animals at Ghazipur Murga Mandi was continuing.

“Even after five months, MCD hasn’t taken any action. We have no option but to close down the operation of illegal slaughtering of birds at Mandi. MCD shall undertake the proper arrangement for making slaughter house. Till then no slaughtering is permitted,” said a bench of Chief Justice Rajendra Menon and Justice V Kameswar Rao

The bench was hearing a plea pertaining to closing down the activities undertaken by the DAMB as are indicated in the report of DPCB.

During the course of proceedings, the bench rebuked the DAMB and said: “Even after filing an affidavit stating that the slaughtering of animals at Mandi is continuing, you have not stopped it.”

The court further said that these birds goes to individual shops where slaughtering can be done. “We don’t permit you to carry out these activities at Gazipur Mandi, it’s not permissible under the law,” said Justice Rao.

The bench posted the matter for next hearing to Oct 29.