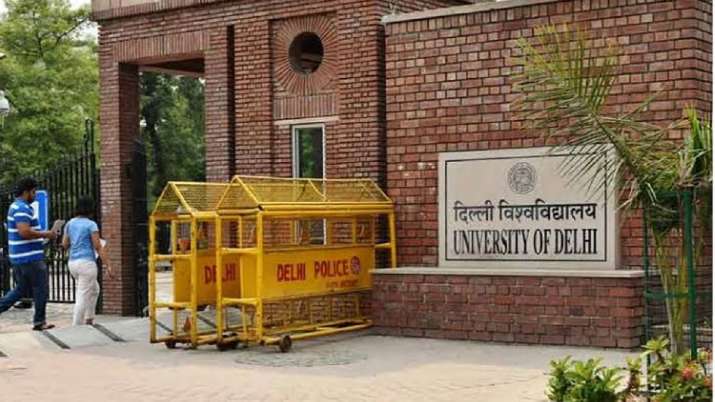 The Delhi High Court has asked Delhi University that it should generate a digital degree certificate, irrespective of if someone has applied or not applied, students should not be charged and it should be free of cost.

This comes after the bench was informed by Delhi University Counsel Mohinder Rupal that the reason behind charging the students for digital degrees is that several people have to be employed to process these degrees.

Justice Prathiba M. Singh said the students should not be charged for digital degrees and that they should be free of cost.

“In so far as Digilocker is concerned there has to be a proper timeline, immediately upon declaration of results, a digital degree is being generated within a period of one month they should transmit the entire data to Digilocker,” the Court said.

The counsel for UGC supports and said the UGC is not doing this only for Delhi University but for universities across the country.

Delhi University counsel Advocate Rupal said that user charges apply, if someone goes for a digital degree they must have to pay.

Justice Singh said, “There is a problem. I think degree certificate should be given free of cost. Paper is costing more there you not charging but creating an electronic degree, there you are charging!”

The DU counsel replied that there is a reason behind this, “We have to employ many people for digital degree. This is also because timeline is too short and once it come in routine manner, we will see then there won’t be any need for charging. But I can’t say anything right now. We have to do it on a war footing.”

Appearing for the students, counsel Sarthak Maggon told the court that the University in their consolidated annual fee charged to the students, already accounts for provision of degree certificates/migration certificates and hence they should not be permitted to charge students for providing a digital copy of the same degree.

Delhi University replied by the end of December.

The court was hearing a plea by a few students who had moved court seeking directions to the University to declare their results and issue the degrees.

The Delhi High Court on Monday has asked Delhi University as to whether issuance of digital degree certificates will be made an annual regular feature or only for this academic year.

Further, it has asked if the transmission of data for uploading on Digilocker in respect of all the students in all courses of DU is going to be followed in the future and if so, within what timelines. It has also asked Delhi University to reply as to what is the data that has been uploaded by Delhi University on Digilocker in respect of the first phase of the OB Exam which was conducted in July-August 2020.

Did you find apk for android? You can find new Free Android Games and apps.
Share
Facebook
Twitter
Pinterest
WhatsApp
Previous articleSupreme Court rules AYUSH doctors can prescribe govt approved medicines as immunity boosters but not as cure for Covid-19
Next articleBombay High Court sets aside conviction of man accused of raping a child