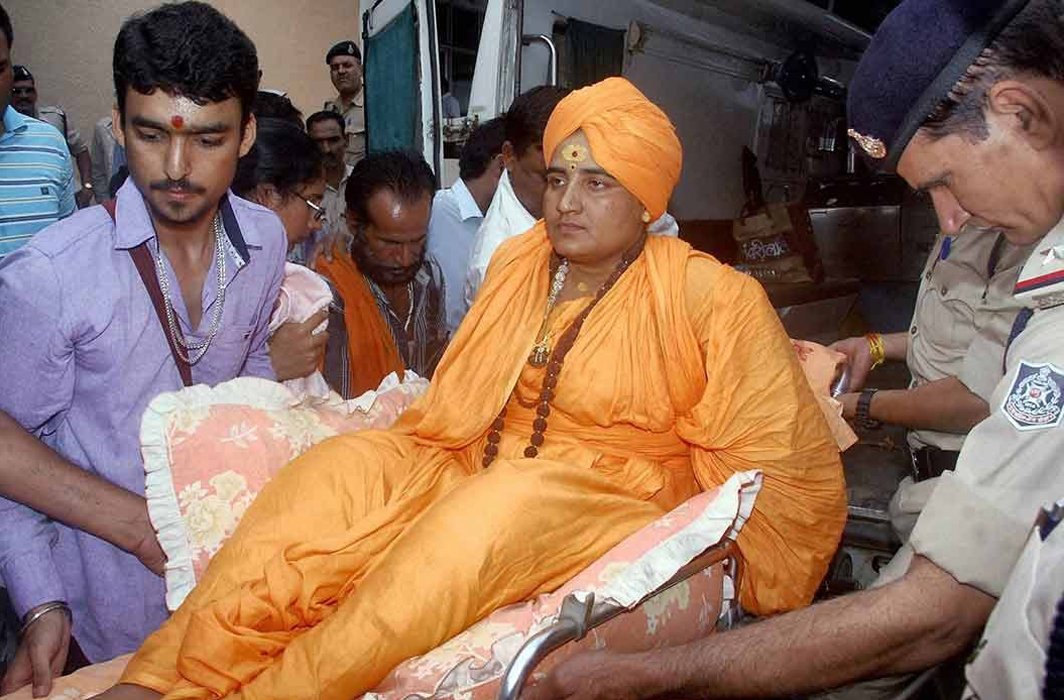 Sadhvi Pragya Singh Thakur, the newly elected BJP MP who defeated former Madhya Pradesh Chief Minister in the Bhopal constituency on Friday appeared before a special NIA court in connection with the 2008 Malegaon blasts case. Thakur had failed to present herself before the court on Thursday and arrived today along with two other accused.

The court had on Monday directed Thakur and all other accused in the case to appear before it once a week. Besides the Bhopal MP, the other accused are Lt Col Prasad Purohit, Major (Retired) Ramesh Upadhyay, Sudhakar Dwivedi, Ajay Rahirkar, Sameer Kulkarni and Sudhakar Chaturvedi.

They have been charged under various sections of the Unlawful Activities Prevention Act (UAPA) and the Indian Penal Code (IPC). The charges include sections 16 (committing terrorist act) and 18 (conspiring to commit terrorist act) of the UAPA and sections 120 (b) (criminal conspiracy), 302 (murder), 307 (attempt to murder), 324 (voluntarily causing hurt) and 153 (a) (promoting enmity between two religious groups) of the IPC. The accused have also been charged under relevant sections of the Explosive Substances Act.

On September 29, 2018, six people were killed and a dozen others were injured when a bomb placed on a motorcycle exploded in Maharashtra’s Malegaon city. Almost simultaneously, another blast occurred in Modasa, Gujarat. The blast took place on the eve of Navaratri.

7 people were killed in Malegaon, and a 15-year old boy lost his life in Modasa. A total of 80 people were injured. The blasts were similar to a blast that occurred in the New Delhi just 3 days before this.

Two low intensity bombs were fitted on a Hero Honda motorcycle and rigged to detonate in Malegaon. The motorcycle used later led the police to the accused.

Initially, the blasts were suspected to be a work of Muslim extremists. The Mumbai Anti-terror Squad was deployed to help the Malegaon police in investigation. The ATS team was led by ATS chief Hemant Karkare, who was later killed in the 26/11 attack by Pakistan-based Lashkar-e-Tayyaba terrorists in Mumbai.