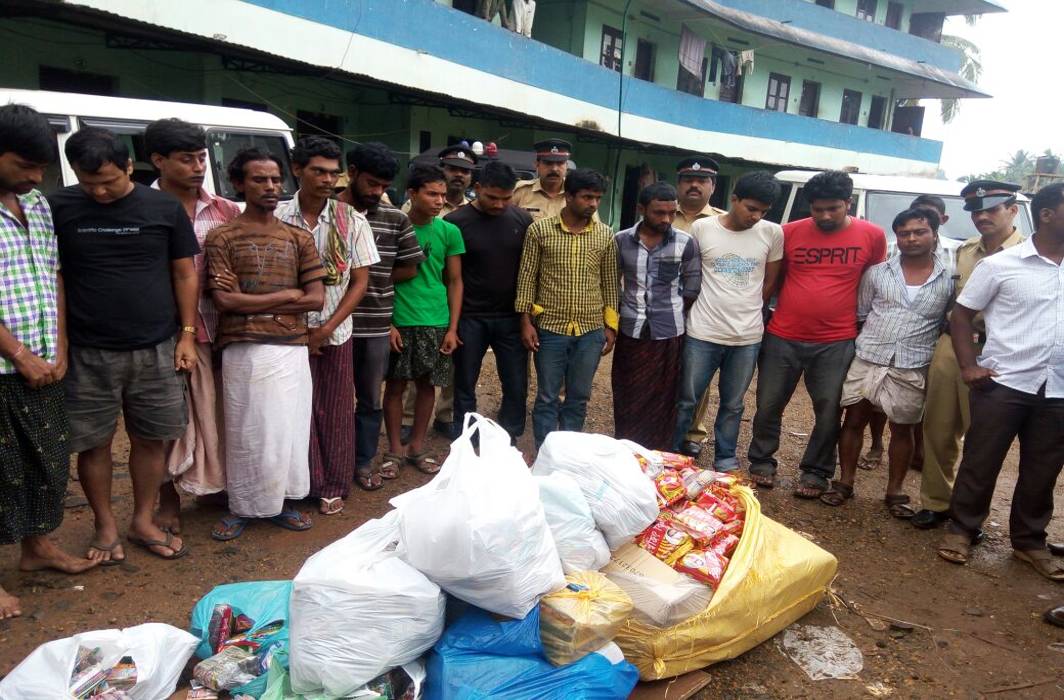 Above: Narcotic substances recovered after a raid in Kochi, Kerala

While the law is clear on drunken driving, there is little to stop a person from driving under the influence of drugs or narcotic substances in the country. This could well change if a case filed by Thoufeek Ahamed, a Kerala High Court lawyer, sees a fruitful end.

The petition invokes Article 226 of the Constitution before a divisional bench of Kerala Chief Justice Antony Dominic and Justice Dama Seshadri Naidu. The petitioner prayed that an interim direction be given to the third respondent, the state police chief, to “enforce and implement Section 185 of Motor Vehicles Act, 1988 effectively through the Law Enforcing Officers under him by detecting use of drugs by the drivers by adopting scientific methods and charge the offenders under the relevant provisions of Motor Vehicles Act, 1988 and The Narcotics Drugs and Psychotropic Substances Act, 1985 in the interest of justice”.

The Court has asked the DGP to give the petitioner a hearing and see whether this can be implemented in the state at the earliest. It has given eight weeks for the state to respond to the petition.

Ahamed told India Legal: “In the last few years, the use of drugs in the state has been high. The number of accidents happening on a daily basis has also gone up dramatically. Obviously, there are many who use drugs and drive and at the moment we do not have a mechanism to detect it, unlike drunken driving. Hence, I thought this was a much-needed step.’’

His petition says that unlike widespread belief, it is not difficult to detect drug use in drivers. “This may be new in India, but in many European and other developed nations, use of drug detection devices on highways is a common practice. I agree we may not have the machines and technology at present, but it is available in the international market,’’ added Ahamed.

Citing a report of the Organization for Economic Cooperation and Development (OECD), an intergovernmental organisation of 35 countries formed to further economic progress and world trade, the petition talks about the far-reaching effects that drugs can have on drivers. A study conducted by the Inter-national Transport Forum (ITF), a body within the OECD, clearly outlines what effect drugs can cause on a driver and it is more far-reaching than what alcohol does.

While cannabis can give rise to hallucinations, stimulants such as cocaine, amphetamines and methamphetamines can reduce one’s concentration when behind the wheel. MMDA, commonly known as Ecstasy, can cause greater impairment and lessen speed, capability to see moving objects and much more.

The petition pleaded before the Court that the State should make detecting of drug driving a priority similar to drunken driving. The petition also says that such detection, if implemented, will be a bigger deterrent for law-breakers than what is used for alcohol detection. The argument is that as alcohol intake is legally permissible, its use while driving would not invite the same penalty as the use of drugs. This is because drugs come under the Narcotic Drugs and Psychotropic Substances (NDPS) Act which makes consumption itself a crime. The main idea is to add driving under the influence of drugs to the Motor Vehicles Act. This is possible only if it can be detected.

While God’s Own Country was known as a liquor paradise, that tag may be replaced by a bigger evil. According to the latest figures of the state excise department, which looks after drug control, cases under the NDPS Act are at an all-time high. In 2016-17 alone, more than 6,000 kg of narcotic and drug-related substances were seized in the state. This is three times what was seized the previous year.

Also, what is alarming is that from 2014 when the phased prohibition on alcohol took off, there was a steady growth in drug-related cases and drugs seized in the state. “There is no denying that Kerala, especially the city of Kochi, is fast becoming the drug capital of south India. Amritsar is the only city to beat it. Unfortunately, it is not easy to detect the use of drugs. The situation is alarming,’’ said Rishiraj Singh, the excise commissioner.

What has baffled even the enforcement agency is the seizure of five kilogrammes of Ecstasy worth Rs 30 crore in Kochi in February, showing that international drug cartels are eyeing the city as a big transit point. Against this background, Ahamed’s petition is significant.

However, drug detection is still an amateur area in India and there are questions whether these measures can be implemented on city roads and highways. Johnson Edayaranmula, who runs Alcohol and Drug Information Centre, asks: “Till now, we could only punish people when they were caught with drugs. But how can you detect drug users on the road like you catch drunk drivers?”

However, the petition scientifically outlines the techniques used in some advanced nations. While Alere DDS2 Mobile Test System is one such test, the other mentioned in the petition is the Dragger Drug Test 5000.

The Alere DDS2 is a portable system designed for rapid screening and detection of drug use by checking oral fluids, with the results out in five minutes, making it usable on Indian roads.

The Dragger Test, on the other hand, uses different equipment but is similar to Alere. It too uses oral fluids to test the presence of drugs. Both can detect almost all forms of drugs.

“It is very easy to say that we cannot detect drugs because they don’t smell. Worldwide, it has been proved that such tests are possible. We only need the will to implement it here in India,’’ added Ahamed.

It waits to be seen if the police will crack down on drug driving or whether the petitioner will have to seek other remedial measures to curb one of Kerala’s fastest growing evils.