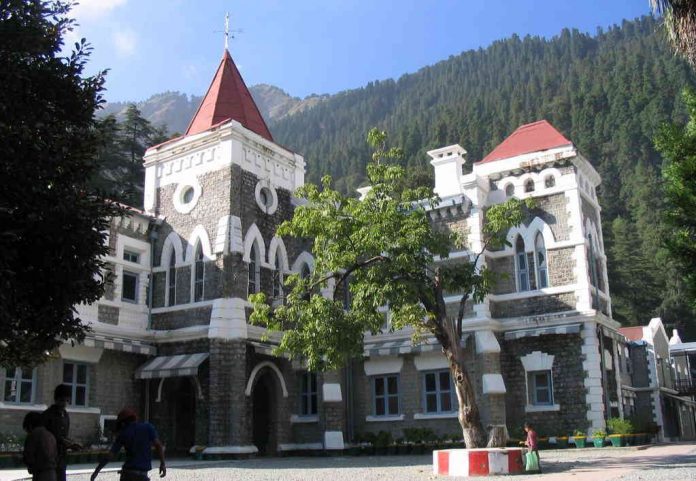 Dushyant Mainali, the counsel for the petitioner,  placed before the High Court the judgment of the Supreme Court in “Hospitality Association of Mudumalai versus In defence of Environment and Animals and  others etc., dated 14.10.2020, in Civil Appeal Nos.3438- 3439 of 2020 along with several other appeals. The Supreme Court upheld the judgment of the Madras High Court which had upheld the validity of the Tamil Nadu Government Notification G.O.(Ms.) No.125, dated 31.08.2010, by which an Elephant Corridor had been notified in the Sigur Plateau of Nilgiris District, and a further direction was issued to resort owners and other private landowners to vacate and hand over vacant possession of lands falling within the notified Elephant Corridor to the District Collector, Nilgiris within three months from the date of the judgment. In the course of its discussion, the Supreme Court in this judgment observed as follows:-

“34. At the very outset, it must be noted that the Wildlife Trust of India terms elephants as a “keystone species” because their nomadic behavior is immensely important to the environment. Herds of roaming elephants play several important roles in the ecosystem:
(i) Landscape architects: Elephants create clearings in the forest as they move about, preventing the overgrowth of certain plant species and allowing space for the regeneration of others, which in turn provide sustenance to other herbivorous animals.
(ii) Seed dispersal: Elephants eat plants, fruits and seeds, releasing the seeds when they defecate in other places as they travel. This allows for the distribution of various plant species, which benefits biodiversity.
(iii) Nutrition: Elephant dung provides nourishment to plants and animals and acts as a breeding ground for insects.

(iv) Food chain: Apex predators like tigers will sometimes hunt young elephants. Further, elephant carcasses provide food for other animals.
(v) The umbrella effect: By preserving a large area for elephants to roam freely, one provides a suitable habitat for many other animal and plant species of an ecosystem.
Elephant corridors allow elephants to continue their nomadic mode of survival, despite shrinking forest cover, by facilitating travel between distinct forest habitats. Corridors are narrow and linear patches of forest which establish and facilitate connectivity across habitats. In the context of today’s world, where habitat fragmentation has become increasingly common, these corridors play a crucial role in sustaining wildlife by reducing the impact of habitat isolations. In their absence, elephants would be unable to move freely, which would in turn affect many other animal species and the ecosystem balance of several wild habitats would be unalterably upset. It would also eventually lead to the local extinction of elephants, a species which is widely revered in our country and across the world. To secure wild elephants’ future, it is essential that we ensure their uninterrupted movement between different forest habitats. For this, elephant corridors must be protected.
35. Legal intervention in preservation of these corridors has been necessitated because wildlife corridors are threatened by various social, economic and anthropogenic factors, as noted above. Commercial activities such as running of private resorts and construction of new buildings with barbed and electric fences within elephant corridors pose a serious threat of fragmentation and destruction of habitats. The long-term survival of the species depends on maintaining viable habitats and connecting corridors which maintain variance in the  species’ gene pool and avoid other risks associated with habitat fragmentation and isolation of species.
36. Overtime, several environmental legislations including the Indian Forest Act, 1927 and the Wildlife Act have been enacted to provide for the protection of forests and wild animals, with a view to ensuring ecological balance and preserving natural habitats including such corridors. The object of the Wildlife Act was interpreted emphatically by this Court in State of Bihar v. Murad Ali Khan 1 in the following terms:
”8. … The policy and object of the Wild Life laws have a long history and are the result of an increasing awareness of the compelling need to restore the serious ecological-imbalances introduced by the depredations inflicted on nature by man. The state to which the ecological imbalances and the consequent environmental damage have reached is so alarming that unless immediate, determined and effective steps were taken, the damage might become irreversible. 1988 (4) SCC 655 The preservation of the fauna and flora some species of which are getting extinct at an alarming rate, has been a great and urgent necessity for the survival of humanity and these laws reflect a last-ditch battle for the restoration, in part at least, a grave situation emerging from a long history of callous insensitiveness to the enormity of the risks to mankind that go with the deterioration of environment.               xxx xxx xxx
10. … Environmentalists’ conception of the ecological balance in nature is based on the fundamental concept that nature is “a series of complex biotic communities of which a man is an inter-dependant part” and that it should not be given to a part to trespass and diminish the whole. The largest single factor in the depletion of the wealth of animal life in nature has been the “civilized man” operating directly through excessive commercial hunting or more disastrously, indirectly through invading or destroying natural habitats.” (emphasis supplied)

Considering the same, the High Court held that the situation is that the natural habitat of wild elephants in the area aforementioned, has been encroached upon and obstructed with the construction of a road and resorts on revenue land along the Kosi river. The natural movement of elephants which is a nomadic breed, and must move from one place to another in search of food and water, has been obstructed.

The counsel for the petitioner has drawn the attention of the High Court to a satellite image and explained that on either side of the Kosi River, there are forest areas. The elephants come to the river to meet their water requirements, and also cross the river to go to the other part of the forest. However, on account of construction of road as well as resorts along the river, the movement of the elephants has been obstructed and there have been numerous instances, where man and elephant conflict has taken place. Some of them have been tabulated by the petitioner. Due to construction of the resorts, the corridors, traditionally used by the elephants, have been obstructed.

“Elephants are intelligent animals and they have also tried to adapt to the changes which have come about in the topology. They have started using areas, which are still available as a corridor for movement to cross-over the river and move from Jim Corbett National Park to the forest falling  in Ramnagar Division, and vice versa. On account of the heavy traffic in Ramnagar Mohaan Road during the day, they have started crossing the road mostly in the night,” the Court observed.