Etah lawyer assault: Allahabad HC orders inquiry into advocate’s ordeal at the hands of UP Police 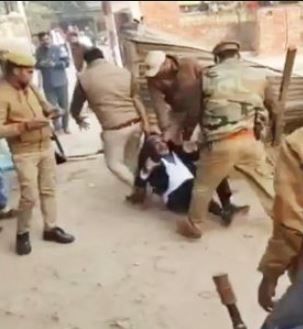 The Allahabad High Court on Tuesday sought a complete report of the incident, wherein Rajendra Sharma, a practicing advocate in Etah, was beaten by police and his relatives too were humiliated and harassed.

The division bench of the Chief Justice Govind Mathur and Justice Saumitra Dayal Singh directed the Chief Judicial Magistrate of Etah to inquire into the matter and submit a complete report on or before the next date of listing. The matter has been listed for further hearing on January 8, 2021.

The Court also directed the District Magistrate, Etah as well as Senior Superintendent of Police, Etah to co-operate and supply all relevant facts and documents as desired by the CJM, Etah to furnish report of the incident to this Court.

The Chief Judicial Magistrate, Etah has been directed to make necessary inquiry by availing “all relevant facts including audio visual electronic documents submit to this Court on or before next date of listing”, the Court’s order reads.

The Court’s order also mentions that a letter was received by the Secretariat of the Chief Justice from the High Court Bar Association relating to same issue and that certain other Advocates also agitated the cause through e-mail.

Earlier on December 28, the Allahabad High Court took suo motu cognizance of the police attack on the lawyer in Etah. The case registered in this regard has been listed for hearing before Chief Justice Govind Mathur and Justice Saumitra Dayal Singh.

On December 27, Bar Association Secretary General Prabhashankar Mishra had written to the Chief Justice of the Allahabad HC seeking to take suo motu cognizance of the brutal action taken against the lawyer by the UP Police of District Etah.