In this matter, the state government in order to make the gram panchayat secretariats functional, has decided to make appointments of requisite number to Panchayat Sahayak/Accountant-cum-Data Entry Operators as per the procedure prescribed in government order dated July 25, 2021. 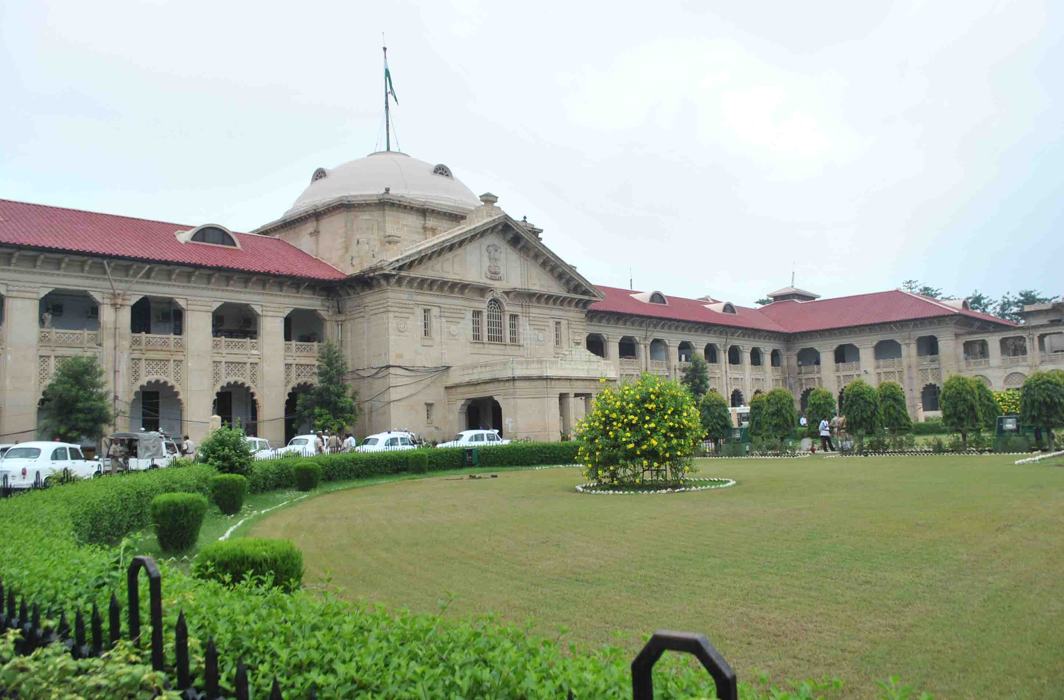 The Lucknow Bench of the Allahabad High Court has stayed the appointment of panchayat assistants, accountants and data entry operators in gram panchayats.

A single-judged bench of Justice Attau Rahman Masoodi passed this order while hearing a petition filed by Sneh Lata and others. These writ petitions relate to the appointment as Panchayat Sahayak/Accountant/Data Entry Operator in the respective gram panchayat secretariats.

In this matter, the state government in order to make the gram panchayat secretariats functional, has decided to make appointments of requisite number to Panchayat Sahayak/Accountant-cum-Data Entry Operators as per the procedure prescribed in government order dated July 25, 2021.

The government order mentioned that a functional gram panchayat secretariat is necessary for the reason that 78% of the population in Uttar Pradesh resides in the rural areas. Insofar as the population of the State of U.P. is concerned, there are 58,189 gram panchayats. To undertake the administrative function of the gram panchayats, there are 16,421 posts of Gram Panchayat Adhikari or Gram Vikas Adhikari sanctioned in the State against which a total strength of 11,008 employees are presently in place in Group-C category.

The State government looking to the deficiency of the requisite cadre strength of Gram Panchayat Adhikaris appears to have evolved a mechanism for appointment of Panchayat Sahayak/Accountant/Data Entry Operator in all the gram panchayats within the State of Uttar Pradesh.

The government also pointed out that after the 73rd amendment in the Constitution of India, for effective discharge of necessary duties by gram panchayats to carry out the development schemes, it is essential to establish a secretariat at the village level.

The programme of connecting the gram panchayat centrally on the internet is targeted by the government to streamline the education, health, labour, Clean India and various other schemes floated by the central government or the state government concerned. It is for this reason that the establishment of gram panchayat secretariats having been felt, the same are sought to be made functional by providing infrastructure and the staff.

All the application forms received in the office of the gram panchayat shall be placed before the administrative committee of the gram panchayat for necessary scrutiny. The panchayat administrative committee on the basis of an average of marks obtained in high school and intermediate shall draw the eligibility list according to merit. A candidate found on the top of the merit list shall be recommended for necessary approval by the District Level Committee.

In case the candidate found on the top of the merit list is not interested in accepting the job, the next candidate in the order of merit list shall be recommended for empanelment. Necessary details of the eligible candidates shall be placed before the district level committee composed of District Magistrate, Chief Development Officer and District Panchayat Raj Adhikari.

The committee so constituted shall not have an authority to recommend a candidate other than the one whose name has been forwarded by the administrative committee of the gram panchayat concerned in the merit list.

The government order under clause 13 provides for preference to the dependents of the victims of covid-19. A preferential clause has been introduced by means of para 13 which has given rise to diverse claims before the Court.

The Court said that the preference provided under para 13 appears to be in conflict with the normal process of selection for the reason that the dependents of the victims of covid-19 have been provided to be considered on preferential basis in the respective category contrary to merit.

The legality of preference which goes to shake the very foundation of merit requires consideration. Restricting the zone of consideration at the village level is yet another dimension of the issue which calls for consideration. The issues are manifold inclusive of reservation.

The Court directed the Additional Chief Secretary, Panchayati Raj, UP to file a counter affidavit within three weeks explaining the stand of the State Government on all the aspects of the government order relating to selection.

The Court noted that the counter affidavit may also clarify as to how the preference under para 13 of the government order would justify equal consideration of the eligible candidates within the scope of Article 14 of the Constitution of India. The object of restricting the eligibility on the basis of domicile of the same gram panchayat also deserves to be clarified in the counter affidavit.

The Court  further noted that for the recruitment to the post of Gram Vikas Adhikari, there are rules known as U.P. Panchayat Sewak Service Rule, 1978 which regulates the service condition of the Gram Vikas Adhikari. This Group-C post filled up by direct recruitment is now within the purview of U.P. Subordinate Service Selection Commission. As to why the State Government has not come up with a set of non-centralized rules as applicable to the Nagar Palikas, the position may be clarified.

“Having regard to the submissions put forth by counsel for the parties, the Court while permitting the selection process to go on, however, directed that the appointments may not be made in pursuance of the Government Order dated July 25, 2021 without seeking leave of the Court. It shall be open to the State government and the respective gram panchayats to make an application for modification of this order upon completion of the selection process by filing a counter-affidavit enclosing therewith the relevant details of selection,”

The Court has fixed the next hearing of the petition on October 13, 2021.