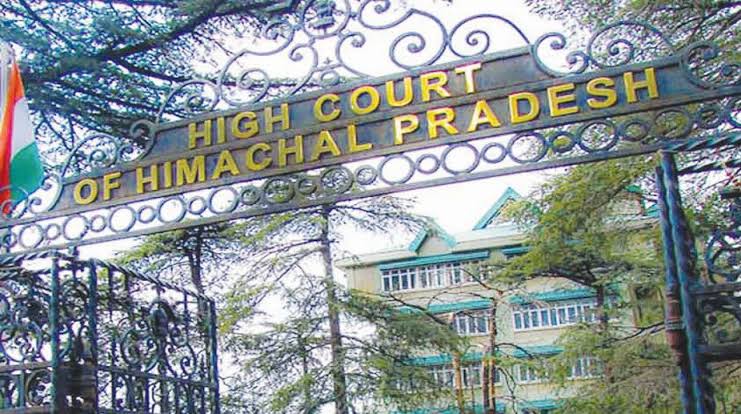 New Delhi (ILNS): The Himachal Pradesh High Court has directed the government to grant appointment on compassionate grounds to the married daughter of a deceased employee.

A division bench of Justices Sureshwar Thakur and Chander Bhusan Barowalia gave this order while accepting the petition of the applicant Mamta Devi.

The court in its order has made it clear that if the applicant fulfills other criteria to get a job on compassionate grounds her application should not be rejected on the grounds of being the married daughter of the deceased employee. According to the applicant, her father died on May 8, 2019. He was working as a Class IV employee at the District Ayurvedic Office, Kullu.

According to the applicant, besides her, her mother and sister were dependent on the deceased father. There is no male member in her house who can take care of her mother. Due to her mother and sister being unable to do the job, the applicant applied for a job on compassionate grounds. But her application was rejected saying that married daughters do not qualify under the policy of getting a job on compassionate grounds. The applicant had challenged this policy of the government in the High Court, describing it as gender discriminatory.

The applicant said that just as the son of the deceased employee remains a son all his life, similarly the daughter remains the daughter whether she is married or unmarried. Therefore, only to disqualify her for a compassionate job on the grounds that she is married is a discrimination under the Indian Constitution.

The court made it clear in its ruling that the government cannot discriminate on the basis of gender. The bench held it discriminatory and held that married women should also be considered eligible for appointment on compassionate grounds, especially if no male member in the dependent family is eligible for the job.

Did you find apk for android? You can find new Free Android Games and apps.
Share
Facebook
Twitter
Pinterest
WhatsApp
Previous articleEmployee Rights You Must Know – From Agreement to Minimum Wages
Next articleRights of the people with Disability- Important laws for the differently-abled Should Know