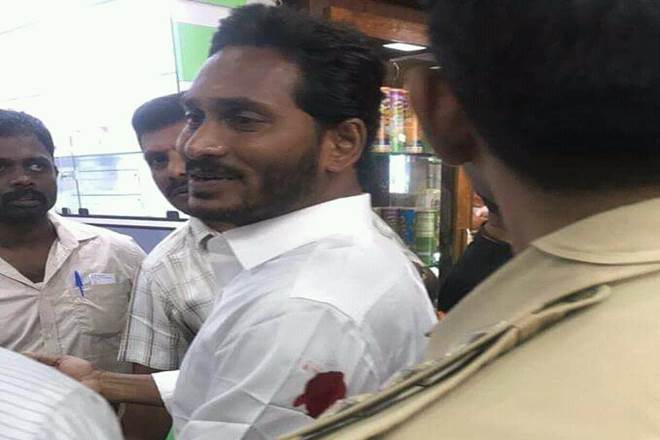 A writ petition and a PIL, both relating to the attack on the  Andhra Pradesh YSR Congress president YS Jaganmohan Reddy at the Visakhapatnam airport on Oct 25 will  come up for hearing before a division bench headed by Chief Justice TBN Radhakrishnant of the Hyderabad High Court on Tuesday.

Last week, opining that the contentions of the two are similar, Justice AV Sesha Sai directed the registry to tag the two petitions. Jaganmohan had moved the High Court appealing that the investigation into the attack on him be entrusted to any appropriate independent agency not under the control of the Andhra Pradesh government. Earlier, YSR Congress party, represented by its political affairs committee member and former MP YV Subba Reddy, filed a petition seeking direction to the State government to forthwith handover the investigation to any independent investigating agency to probe the attack case.

Prior to these two petitions, B Anil Kumar from Guntur and M Amarnath Reddy from Kadapa district filed a PIL case seeking CBI probe into the security lapses at the airport that led to the incident. They urged the court to call for a report from the authorities concerned on the security measures provided in the high security zone of the airports in both AP and Telangana States.

When the two petitions came up for hearing last week, senior counsel S Niranjan Reddy, appearing for Jagan and YSR Congress, told the court that an attempt to murder was made on the life of Jagan, but the  State police department was taking the investigation into a pre-determined direction. Without any investigation into the incident, both the Chief Minister and the DGP stated that the attack was a publicity stunt. In fact, a larger criminal conspiracy took place at the highest level for the purpose of eliminating him for political reasons. To unearth the conspiracy angle a probe by an independent agency not under the control of the State government, was needed, he added.

On the other hand, AP advocate general Dammalapati Srinivas submitted that the probe by Special Investigation Team (SIT) into the incident was in progress and that the accused (Srinivasa Rao) and his parents were questioned. In fact, a PIL was already filed on the issue and the contents of the present two petitions overlapped, he added. It was then that Justice Sesha Sai directed the registry to two together.