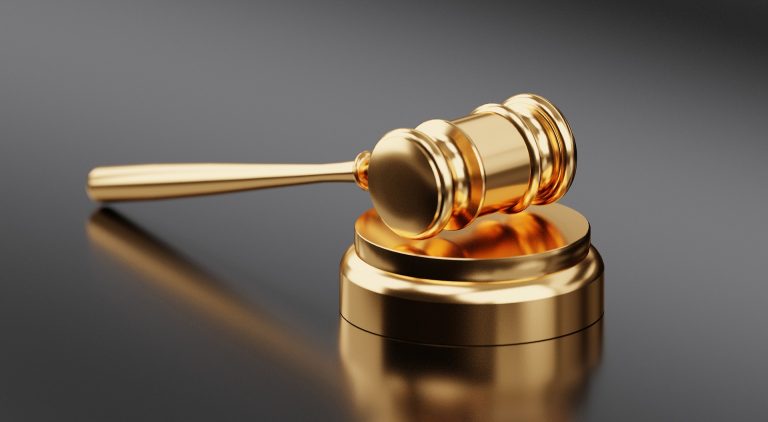 Above: 3D illustration by Quince Media via Pixabay.com

In a 4:1 verdict, a constitutional bench of the Supreme Court upheld the validity of the Aadhaar Act while confirming the discretion of the citizens in obtaining one. However, the apex court while balancing proportionality and necessity, read down certain provisions of the Act such as Section 33(1), which allowed disclosure of information, including identity and authentication records, if ordered by a court not inferior to that of a district judge. This cannot be done now without giving the person concerned an opportunity to be heard. It also struck down Section 47 (which barred an aggrieved individual from filing a complaint against data leak or misuse) and read down Section 57 of the Act (which empowered private companies to seek Aadhaar details of their customers for authentication).

ADULTERY IS NOT A CRIME

A five-judge constitutional bench of the Supreme Court struck down Section 497 of the IPC and declared the law which criminalised adultery as unconstitutional while maintaining that it will be considered a ground for divorce. The bench held that Section 497 was “manifestly arbitrary” as it punished a married man for having sex with the wife of another man, but did not even punish the woman as an abettor. The bench also said the provision was violative of a woman’s right to dignity under Article 21.

A five-judge constitutional bench of the Supreme Court declared Section 377 of the IPC unconstitutional insofar as it criminalised consensual homosexual acts, and clarified that bestiality would continue to remain a criminal offence under the Section. The bench affirmed the principle that the will and views of the majority cannot rule upon the rights given to a person by the Constitution. It also said that “sexual orientation is natural. Discrimination on the basis of it is a violation of freedom of speech and expression”. This judgment overturned the verdict in the Suresh Kumar Koushal case.

While hearing an appeal against a Chhattisgarh High Court order confirming the death sentence awarded to an accused, Chunnulal Verma, a three-judge bench of the Supreme Court commuted it to life imprisonment. The bench observed that “every death penalty case before the court deals with a human life that enjoys certain constitutional protections, and if life is to be taken away, then the process must adhere to the strictest and highest constitutional standards. Our conscience as judges, which is guided by constitutional principles, cannot allow anything less than that”. However, the judges held different views regarding the constitutionality of capital punishment—Justices Deepak Gupta and Hemant Gupta spoke in favour, while Justice Kurian Joseph took a dissenting view and called for its review.

WOMEN OF ALL AGES CAN ENTER SABARIMALA

Two months after it concluded an eight-day-long hearing, a constitutional bench of the Supreme Court struck down the rule which barred women between the ages of 10 and 50 from entering the Sabarimala temple in Kerala. The petitioners had challenged the provisions of the Kerala Hindu Places of Public Worship (Authorisation of Entry) Rules, 1965, saying that the restriction on women of a reproductive age from entering the temple was unconstitutional and violated the right of Hindu women to practise religion freely. The apex court held the temple rule violative of the right to equality and right to worship by a 4:1 majority.

The apex court dismissed a plea against the proposed deportation of seven Rohingya refugees to their country of origin, Myanmar. The counsel for the petitioners argued that the concerned persons were actually refugees and not illegal immigrants as they had fled to India to save their lives from one of the “worst instances of mass killings” and “unimaginable torture”. Thus, they should not be forced to go back unless they were willing to do so. However, a bench led by CJI Ranjan Gogoi stated that “they have been found to be illegal immigrants. Their country of origin has accepted them as citizens”. This decision attracted criticism from the United Nations, which said that forcing the Rohingyas to return to Myanmar was a violation of international law.

CANDIDATES WITH CRIMINAL CHARGES CANNOT BE BARRED FROM CONTESTING POLLS

A five-judge constitutional bench of the Supreme Court held that candidates cannot be barred from contesting elections based on the filing of criminal charge sheets against them. Under the Representation of the People Act, lawmakers can only be barred from contesting after they have been convicted in criminal cases. The bench, however, urged the legislature to consider framing legislation to ensure decriminalisation of politics.

NO NEED TO COLLECT QUANTIFIABLE DATA ON BACKWARDNESS OF SCs/STs

The centre and state governments sought reconsideration of the M Nagaraj judgment, saying that it places needless conditions on granting quota benefits to SCs and STs. The apex court held that the judgment does not need to be referred to a larger bench of seven judges. The Court said that there was no requirement to collect quantifiable data on the backwardness of SCs and STs in order to provide reservations in promotions.

A three-judge bench of the Supreme Court made the judicial system more accessible by permitting live streaming of cases which raised certain questions of constitutional importance. The bench said such court proceedings were of larger public interest and should thus be made easily viewable for the general public. However, certain categories of cases such as those involving juveniles, matrimonial disputes and sexual assault offences were exempted from live streaming. The bench also directed the government to frame exhaustive and holistic guidelines based on which live streaming can commence on an experimental basis in one court.

After a long and bitter power struggle between Delhi Chief Minister Arvind Kejriwal and Lieutenant-Governor (L-G) Anil Baijal, a three-judge bench of the Supreme Court held that the L-G is not eligible to act independently and is mandated to take the advice of the council of ministers. The Court held that persons holding high office are expected to conduct themselves in faithful discharge of their duties so as to ensure smooth running of the administration so that the rights of all can be protected. It also observed that totalitarian theory, absolutism, anarchy, and such related terms do not apply in a state like India.

The Delhi High Court listed exhaustive directions that are to be mandatorily followed while exercising the power of preventive detention under Sections 107 and 151 of the Code of Criminal Procedure, 1973. These directives were issued looking into the widespread misuse of such powers by special executive magistrates and the police.