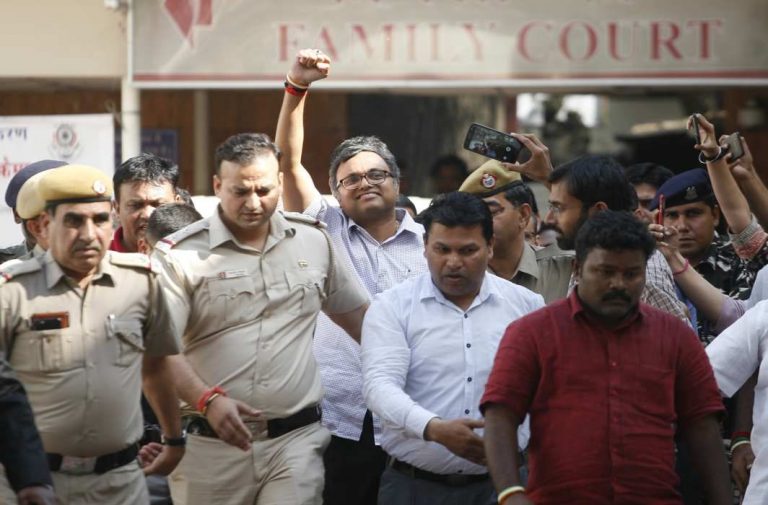 A Delhi court on Monday extended till February 18 the interim protection from arrest granted to former Union minister P Chidambaram and his son Karti from arrest in the Aircel-Maxis scam.

Special CBI Judge OP Saini extended the relief to Chidambaram while saying that he would not be available on February 1 for which the matter was earlier listed.

The case relates to alleged irregularities in grant of Foreign Investment Promotion Board (FIPB) approval in the Aircel-Maxis deal.

Earlier in the day, the SC had turned down Karti’s plea for permission to travel abroad even as it asked the ED to specify the dates on which he is required to appear for questioning.

Karti an accused in the Aircel Maxis case, has been “evasive and non-cooperative, the ED told the court  saying thus was the reason the  probe into the Aircel-Maxis deal was getting delayed. Karti had sought the Supreme Court’s permission to travel to the UK, Spain, Germany and France in February and March for a tennis tournament. “No tennis for him if he evades,” the top court said.

The court will hear case again on Wednesday but before that the ED has to submit the dates when it needs him to appear for questioning. “We will ensure that he (Karti Chidambaram) appears before the ED and also travels abroad,” said the Supreme Court. The probe agency alleged that Karti Chidambaram was abroad for 51 days in last 6 months, leading to the delay in the investigations. Earlier, the ED had told the court that Karti Chidambaram, had been misusing the liberty granted to him by the court to travel abroad, using it to protract the investigations.

Karti is being investigated by the ED and the CBI in several cases, including the one relating to Foreign Investment Promotion Board (FIPB) clearance to INX Media for receiving foreign funds to the tune of Rs. 305 crore when his father was the finance minister in the UPA regime