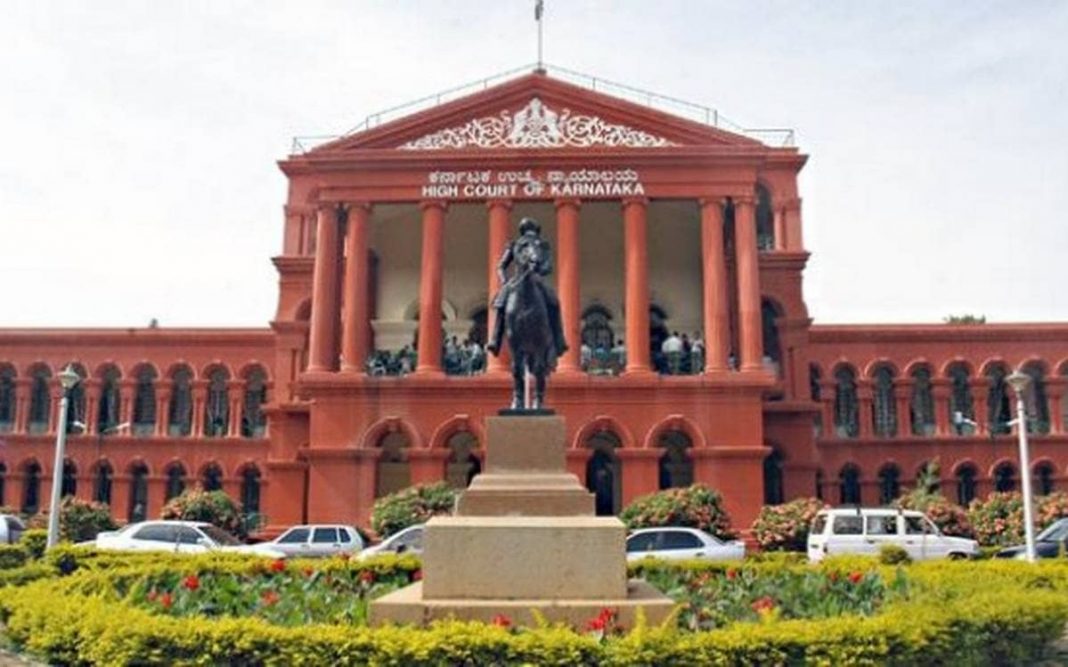 The High Court of Karnataka on Friday directed the Advocate General to place on record and circulate the NIMHANS report, while hearing a plea challenging the ban imposed by Karnataka government on online classes.

The petitioners submitted before the Court that a complete ban on online classes would violate the right to education under Article 21A of the Indian Constitution.

A division bench of Chief Justice Abhay Oka and Justice Nataraj Rangaswamy was  informed by State government that a report will be submitted by the expert committee to the state government after completing its deliberations by Monday. The said committee was formed to suggest scientific ways of offering online education, and the government will be taking its decision after considering the committee’s suggestions.

Advocate General Prabhuling K Navadgi informed the Court, that the interim arrangement that was decided will continue till the expert committee makes its suggestions and a final decision is taken by the State government.

Senior Advocate Uday Holla, on behalf of one of the petitioners, challenging the State government orders stated that the Karnataka Education Act, is not applicable to CBSE/ICSE as it is an All India Syllabus and the state government has no powers. The Ministry of Home affairs on June 29, has also passed a resolution allowing online education. On the face of it, the order is illegal.

The petitioners relied on the Central government guidelines for Unlock 2 that stated that online education and distance learning shall be permitted and encouraged, while the schools, colleges and educational institutions remain closed.

The petitioners submitted that while COVID-19 may go on for six more months,  if children are not educated, only God will help. Only Karnataka has not allowed online classes while online classes are being conducted by everyone across the globe, even in Indian states of like Kerala, Delhi, etc. Its important to look at the plight of children and what will happen to them if education isn’t provided.

“Ultimately parents and school and teachers will do what is necessary. We (Karnataka) are said to the Silicon valley of India and if we don’t do it who will.” Holla said.

According to Advocate Pradeep Nayak, who appeared on behalf of another petitioner,  Section 7 of the act is an enabling provision which allows the state government to regulate and does not allow them to ban the education. Therefore under the said section, the state does not have power to pass such orders even against schools not affiliated to CBSE and ICSE board. The order was passed by the state government without giving any explanation and is arbitrary,

and violative of Article 21A of the Constitution of India and needs to be struck down.

The court directed  the Advocate General to place on record and circulate the NIMHANS report if it is in writing before the court and to the petitioners. The matter will be heard next on Monday.

The Court in its previous hearing was informed by the government that it has allowed online classes to be conducted by schools for students of Lower KG to Standard V, for limited hours. The interim arrangement had been made till the government considers the recommendations of the expert committee and issues its final guidelines.

The  Court had previously observed  that the State couldn’t have passed an order to prevent schools under all boards from conducting online classes for students of Lower KG to Standard V, and had asked the State government to come up with a solution or allow the classes for certain hours. This order had come after petitions were filed before the Court challenging the order of complete ban on online classes by state government on June 15.

Did you find apk for android? You can find new Free Android Games and apps.
Share
Facebook
Twitter
Pinterest
WhatsApp
Previous articleKarnataka HC Will Take Up Old Matters For Final Hearing Via VC
Next articleBombay HC Directs Police To File A Reply On A Contempt Plea Against Reinstatement Of 4 Policemen Suspended In Khwaja Yunus Custodial Death Case