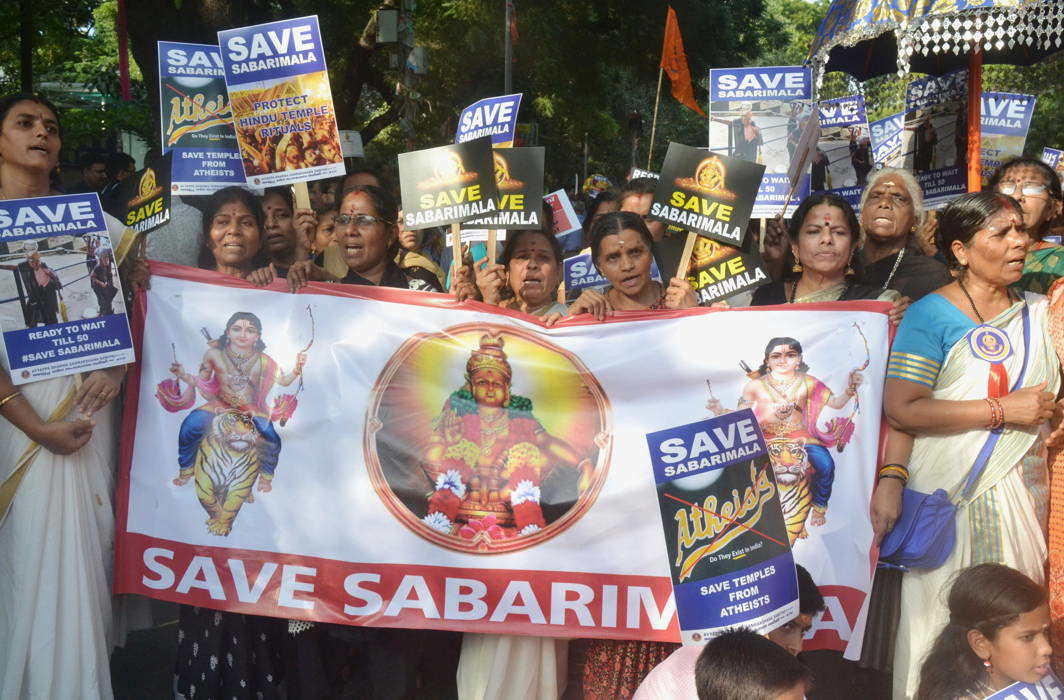 The Kerala High Court on Monday expressed dissatisfaction on the plea of BJP leader T G Mohandas seeking entry to Sabarimala Temple only for devotees (of all religions). The court told him that his application is of the nature to disrupt the secular nature of the state.

The court postponed the case for two weeks and asked the government and Travancore Devaswom Board (TDB) to submit report.

In his petition, Mohandas, an Ayyappa devotee, sought a directive to enforce Rule 3 (a) framed under the Kerala Hindu Places of Public Worship (Authorisation of entry) Act, 1965, which prohibits entry of non-Hindus into temples. He said the Supreme Court had invalidated only Rule 3 (b) that prevented entry of women at such time during which they were not allowed by custom and usage to enter a place of public worship. However, the clauses (a), (c), (d), (f) of the rules were still in force. Thus, non-Hindus and drunk or disorderly persons were not permitted entry into a Hindu temple under the TDB. However, persons of unsound mind could be permitted under proper control and with the permission of the executive authority of the place of public worship concerned.

He said the State government, TDB, and the police attempted to create communal disharmony at Sabarimala by facilitating entry of non-Hindu women opposed to idol worship into the temple against the wishes of the devotees. The petitioner pointed out that the government had not tried to take the stakeholders into confidence before implementing the Supreme Court verdict. In fact, the Supreme Court had not fixed any timeframe for implementing its verdict. Therefore, it would have been possible for the administration to discuss with the stakeholders and frame a scheme for regulating/facilitating women devotees.