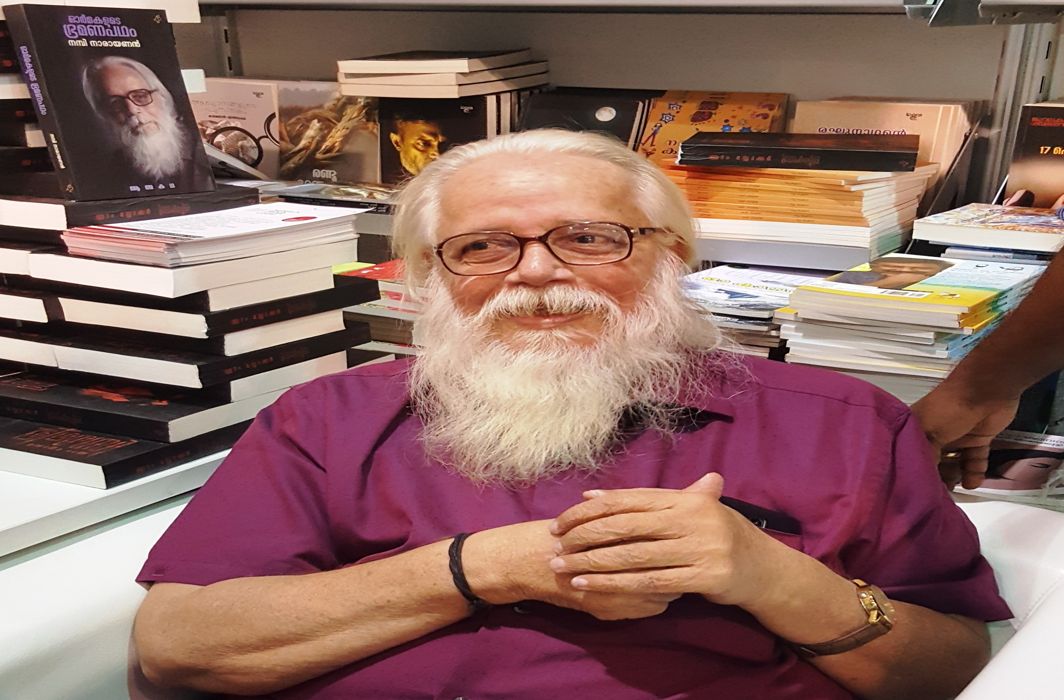 The Kerala High Court on Tuesday dismissed a revision petition filed by S.Vijayan, a former police officer and prime accused in the present case, while making it clear that it will not preclude the petitioner from petitioner/complainant from preferring a fresh complaint with adequate materials to substantiate his case. And if such a complaint is filed, the special judge will have to judicially and judiciously apply their mind and do the needful in accordance with law.

The case is popularly known as “ISRO Espionage Case”, alleging corrupt transaction between CBI officials and Nambi Narayanan followed by the alleged custodial torture of Narayanan.

“An unnecessary investigation or even a preliminary enquiry into an offence under the P.C Act (The Prevention of Corruption Act, 1988) against a public servant may cause blemish on his career and reputation. Once such a blemish is caused, it would be very difficult to erase it. What matters is not just that the complainant alleges commission of an offence. The complaint must disclose commission of an offence by some person. Investigation cannot be ordered on the basis of a complaint which is not supported by genuine materials. The Court must be satisfied that an offence is ‘disclosed’ by the materials produced by the complainant.”

However the bench made it clear that this court has not considered or decided the question whether the Special Court has got power under Section 156(3) of the Code of Criminal Procedure, 1973 to forward a complaint for investigation by the CBI.

The bench stated that it does not find sufficient ground to interfere with the discretion exercised by the Special Judge as the request made by the petitioner to direct investigation under Section 156(3) of the Code of Criminal Procedure, 1973 was rightly turned down by the Special Judge in the absence of sufficient materials produced by the complainant to substantiate the allegations in the complaint.

Justice Pisharadi, emphasized that it is to be noted that the complaint was only rejected and not dismissed by the special court. Rejection of a complaint does not preclude the complainant from filing a fresh complaint with adequate materials.

“Section 156(3) of the Code of Criminal Procedure, 1973 empowers the Magistrate to order investigation of a cognizable offence by an officer-incharge of a police station. However, in order to exercise this power, he shall be a Magistrate who is empowered under Section 190 of the Code to take cognizance of such offence. As per Section 190(1)(a) of the Code, any Magistrate of the first class, may take cognizance of any offence upon receiving a complaint of facts which constitute such offence. It follows that when a petition or complaint is filed, which only contains a prayer for sending it to the police under Section 156(3) of the Code for investigation, it shall necessarily contain facts which constitute a cognizable offence,”

“The petitioner had subsequently produced before the Special Court a copy of the sale deed dated July 23, 2004. This document shows the involvement of accused in the transaction covered by it. However, the refer report in the espionage case was filed by the CBI as early as in the year 1996. Merely on the basis of a transaction of property involving accused, which took place eight years later, commission of the offences punishable under Sections 7 to 9 of the PC Act (The Prevention of Corruption Act, 1988) cannot be inferred. The document is sufficient only to raise a suspicion.”

Counsel for the petitioner submitted that the petitioner is ready to produce before the Special Court documents showing the details of property transactions which would clearly indicate involvement of the accused in the commission of the offences under the PC Act(The Prevention of Corruption Act, 1988).

The petitioner is the complainant. He is a former police officer. The complaint filed by him was an offshoot of the case which is popularly known as ‘ISRO Espionage Case’ the complaint was filed in the form of a petition or application with a prayer for issuing a direction to the CBI to investigate the involvement of the accused in the transactions covered by documents produced by him along with the application. Not only the persons against whom the allegations were raised but also the investigating agency and the investigating officer were made respondents in the application.

As per the impugned order, the learned special judge rejected the complaint at the threshold. The complainant has filed this revision petition challenging the order

The order dated August 27, 2021 passed by the Court of the Special Judge (SPE/CBI), Thiruvananthapuram, by which it rejected the complaint filed by the petitioner, and is challenged in this revision petition.

Did you find apk for android? You can find new Free Android Games and apps.
Share
Facebook
Twitter
Pinterest
WhatsApp
Previous articleSupreme Court says it’s worried over people and children dying of hunger, malnutrition over delay in finalization of Centre’s scheme to combat it
Next articleSupreme Court dismisses petitions against appointment of Punjab DGP Dinkar Gupta