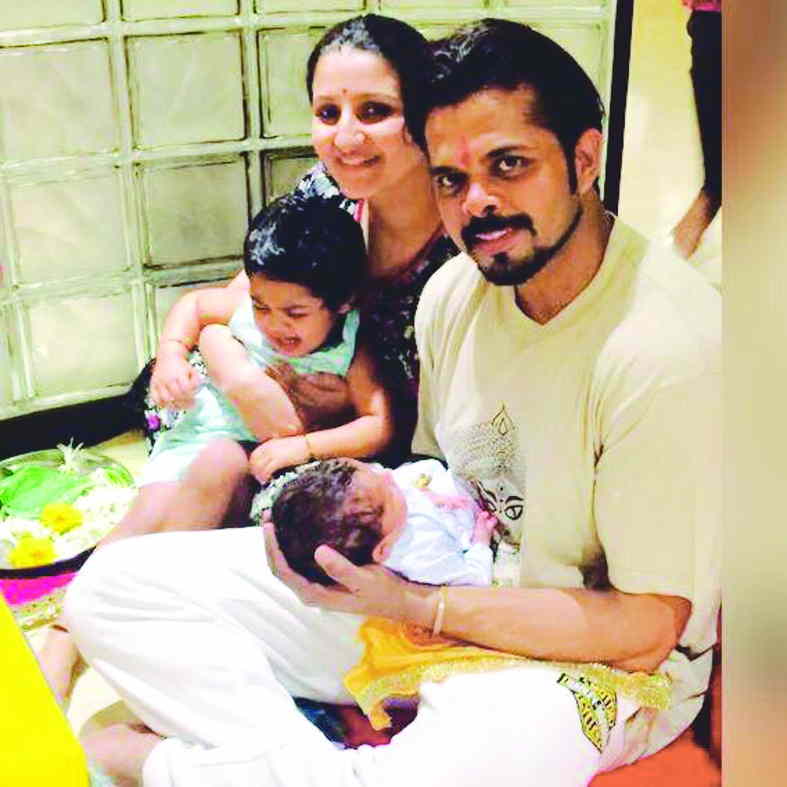 With the ban on the cricketer lifted by the Kerala High Court, will the Board allow S Sreesanth to play competitive cricket?

Shanthakumaran Sreesanth may or may not play cricket at the highest level for the country again, but by revoking his life ban and paving the way for him to play again, the Kerala High Court has dealt a body blow to the Board of Control for Cricket in India (BCCI).

The Court, which exonerated Sreesanth of allegations of spot-fixing and being part of a betting scandal that rocked the Indian Premier League in 2013, came down heavily on the BCCI for dragging a cricketer of international repute to a legal battle without any evidence against him.

The judgment passed by a single bench of Justice A Ahmed Mustaq said: “There was no material or evidence before the disciplinary committee to conclude that Sreesanth was guilty of the violation of the anti-corruption code formulated by the BCCI. The BCCI ought to have found that there was no circumstantial evidence to indicate that Sreesanth had agreed to spot fixing.’’

In 2013, Sreesanth, Ajit Chandila and Ankit Chavan, all playing for Rajasthan Royals in the IPL, were arrested and charged with spot-fixing. The BCCI then banned them for life and while a sessions court in Delhi acquitted Sreesanth, the BCCI refused to lift the ban. Following this, the speedster approached the Kerala High Court.

Sreesanth’s lawyer Sivan Madathil questioned the legality of the BCCI to place a ban or disciplinary action on Sreesanth. “Whenever any decision is taken by a body like the BCCI, there has to be an appellate authority. Such an inquiry which has no proper procedure but done on the whims and fancies of a few has no legality whatsoever,’’ he said. 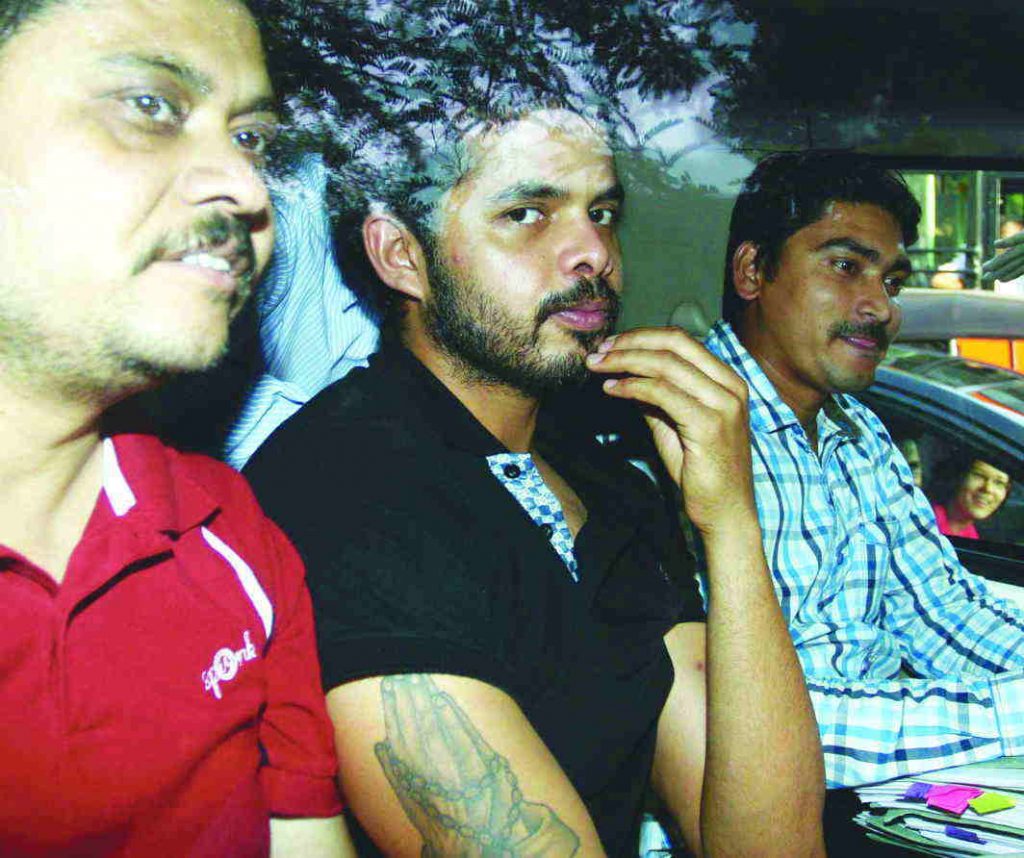 The Court while agreeing to most of the arguments of Sreesanth’s counsel, said the BCCI should have been more careful when it realised that there was hardly any evidence. “The BCCI’s efforts to weed out corruption and to uphold the dignity of the game while need to be emphasized but that should not be in a way to overzealously reacting to it. It must be remembered that every disciplinary action related to a player of national repute, the player suffers his repute and confidence which he built through hard work. It is the duty of the BCCI to safeguard such interest of the player without compromising on purity and integrity of the game,’’ said the judgment.

The Court added that the only accusation that could stand was that Sreesanth was perhaps aware of such moves on betting but had failed to inform the Board, and that a four-year-ban was more than enough. Now all eyes are on the BCCI, with Sreesanth and his fans eagerly waiting to see its response to the High Court verdict. While there is hope that the ban would be lifted by the Board, sources close to it say it is contemplating approaching the Supreme Court.

This would make his return to competitive cricket tougher.

“It Was Tough to Pay Bills on Time”

On August 7, the Kerala High Court lifted the lifetime-ban imposed on cricketer S SREESANTH by the BCCI in a spot-fixing case and thereby exonerated him. Sreesanth now hopes to play matches for Kerala and later, for India. He told NAVEEN NAIR over the phone that his love for the game and his young family kept him going and that he hopes the BCCI will have the good heart not to go to the Supreme Court

Now that the High court has exonerated you, how do you feel?

It has been a long wait, but better late than never. It is God’s grace that I came out of it in a positive way. A huge thanks to the Indian judicial system and the Kerala High Court. I am really relieved and hope that the BCCI will respect the judicial decision and give me an opportunity so that I can get my respect back by playing matches for Kerala and God willing, for India too.

How difficult was this legal battle?

It was very tough and I wondered why judicial decisions take so long. But then, that is the way the system works. I kept myself occupied with politics, thanks to the BJP, and the film world also embraced me with both hands. Even financially, it was tough to pay bills on time. Sometimes, tough times make one tough. I am glad I went through all this as it made me what I am. People who were against me are also now realising how difficult it is for a person from Kerala to make a mark in international cricket and stay there.

At the age of 34, how hopeful are you now of making a comeback?

Many people ask me how I can make a comeback at 34. But if Brett Lee can bowl 140 km/hr at the age of 36, why can’t I? I am supremely fit and have been keeping off oil and ghee and many other things in my diet. Given an opportunity, I would like to take six months to prove my mark again or play two to three matches to get into the rhythm. One good season at the domestic circuit and I am sure I can get back to the Indian team. If I am able to make a comeback, it will be a great message for youngsters too.

Did the absence of a godfather make things difficult for you?

There were many people who have supported me in my career. Even the auto driver who used to drop me at the stadium played his part. So I don’t call myself a self-made cricketer, but it was definitely not easy for me because I never had a mentor. There was not a single cricketer in Kerala whom I could look up to and who came to me and guided me. Everyone wanted me to be aggressive and when I became like that, people blamed me. If I did well, it was a good, but if I didn’t, they would blame it on my aggression. Often, my performances were underrated and my other activities were highlighted.

The High Court came down heavily on the BCCI for not safeguarding your rights as a player. What do you have to say?

I am a firm believer that whatever happened, happened for a reason. God has been extremely kind—I am still strong and fighting. There were times when I thought of running away but somehow, I stuck to where I was because I still love the game so much. I can show to people that however small one’s chances are, as long as one keeps breathing, one will keep going. For me, it was important to stay strong and there were many who privately supported me, but their hands were tied and they could not talk against the BCCI in public. But that mattered to me a lot and in course of time, I learned that it is every man unto himself. Your family and friends will be there but it is you who has to fight your own battles. Otherwise the world will subsume you. So I learned to hang in there. It was tough but I was able to adapt.

What kept you going through this long legal battle?

My family. All I needed was to look into the eyes of my son and daughter and forget all my troubles. My daughter is just two, but she talks as if she is more mature than me. In training sessions, if I stop running, she pushes me saying ‘Pappa run, Pappa run.’ Tomorrow if they Google me, the first few pages should only be about cricket and nothing else. I hope I can bring that back. Not for anyone, but for them.

Does this judgment make you repose your faith in the judiciary?

From Day 1, I had a strong belief that once the case comes to court, I would walk a free man. Even when I was being interrogated by the Delhi police and even when I had to go through hell inside Tihar Jail, I never lost my faith in the judiciary because I knew that I was innocent and I had no role to play in all this. I have tremendous gratitude for the judicial system and especially to some great lawyers in Delhi and Kerala who stood by me because they were convinced of my innocence.

Do you expect more legal tangles if the BCCI goes to the Supreme Court?

I hope the BCCI will have the good heart to not go to the Supreme Court after all this. It hasn’t said what it will do. It seems they are still studying the High Court judgment. But then, it is the same judiciary which said I am innocent. So I do not see a long legal fight ahead. I hope to start playing soon, God willing.