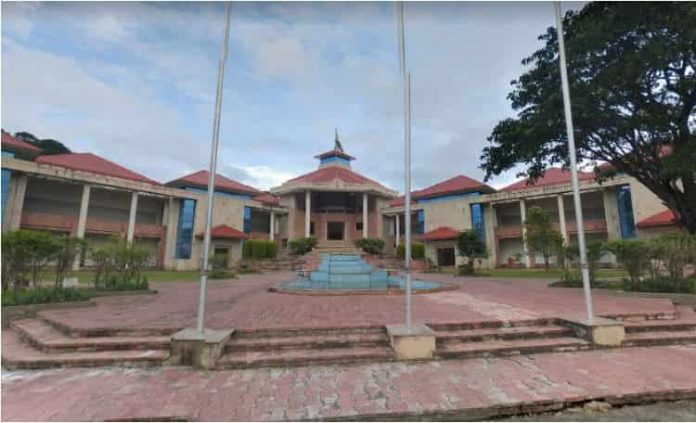 The Manipur High Court has recently ordered status quo and all construction activity discontinued on the land earmarked for the National Games Village at Meitei Lango for building quarters.

The Division Bench of Chief Justice Sanjay Kumar and Justice M.V. Muralidaran passed this order during the hearing of a PIL alleging that no relevant legal procedure has been followed for change of land use inasmuch as an area earmarked for a Public Park is now sought to be used for construction of quarters.

From the record made available by the petitioners as well as P. Tamphamani, Junior Government Advocate, attached to the office of the Advocate General, Manipur, the Bench found that the subject land was shown as ‘Park A’ in the Layout Plan for National Games Village at Meitei Langol. This land is now sought to be put to a different use. There is, however, no indication or evidence of the prescribed procedure having been followed by the authorities for change of land use.

The Court observed that Section 33 of the Manipur Town & Country Planning Act, 1975, prescribes the procedure in this regard but there is no evidence of such procedure having been adopted in the case on hand.

The prescribed procedure requires public participation before a modification can be put into effect but the High Court found that on the basis of a cabinet decision, steps are speedily afoot to undertake construction in this earmarked park land. Photographs filed by the petitioners demonstrate this in no uncertain terms.

“The respondents shall accordingly maintain status quo in all respects obtaining as of today in relation to the subject land, shown as ‘Park A’ in the layout plan for National Games Village at Meitei Langol, till the next date of hearing and discontinue all construction activity,”

The next hearing will be on January 18.