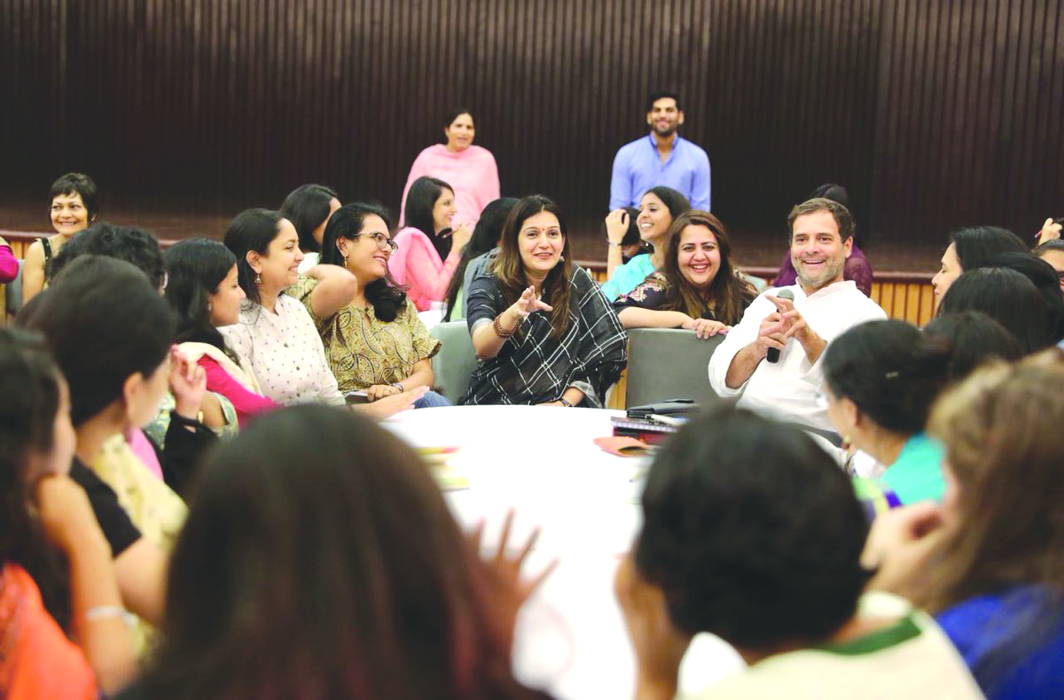 Congress President Rahul Gandhi is clearly on a roll. After his highly combative speech and hug-the-PM drama in the Lok Sabha, a day later, he interacted with 100 invited women journalists at the India International Centre which is around the corner from his residence.

The open interaction where no topics were banned, was declared off-the-record, which is why it was not covered in the media—the journalists were told that no cameras, cellphones or recording devices would be allowed. Based on conversations with some of those present, Rahul was at his engaging best, confident and upbeat, walking around with a microphone and occasionally sitting at some of the tables occupied by senior mediapersons.

He answered every question unhesitatingly, ranging from his now famous hug (he said it was spontaneous), to opposition alliances and his chances of being PM (he said unseating BJP was the ultimate priority and alliances would be formed accordingly with the PM question to be decided collectively).

What stood out for those present was his assertiveness and political stance, a dramatic improvement from his media interactions of the past. It was also meant to contrast himself with the PM, who has not had a single press conference during the four years that he has been in power.

Another tweet said this: “Had the chance to hear & question RG at an unscripted event with women journalists. Confident & spontaneous, he didn’t shy away from answering any questions—feminism, Kashmir, 2019 alliances to why he would make a good PM. Wish the BJP would org smthg similar!”Another said: “Frank, lively and funny…” The 2019 Congress campaign seems off to a positive start. 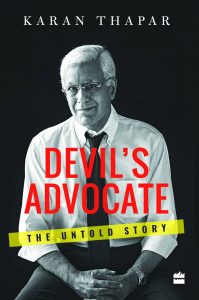 There were some instructive, even revealing, moments at the launch last week of veteran television anchor Karan Thapar’s book, Devil’s Advocate: The Untold Story. The book contains a chapter on an interview with Narendra Modi which Thapar conducted in 2007 in his usual aggressive style, when the former was Gujarat chief minister, and which ended in two minutes after a few questions.

Thapar’s book reveals that following Modi’s ascension as prime minister, orders were issued to BJP leaders and spokesmen to boycott his shows. It showed. The only BJP leader at the launch was LK Advani who was probably making a statement of his own by attending.

The star of the event, however, was chief guest Rahul Gandhi who cracked up the audience when he said: “I might disagree with Mr Advani [LK Advani] and I might have a completely different conception of the country than Mr Advani does…but I don’t hate him,” adding: “I can actually hug him and fight him.”

Referring to his hug of Prime Minister Narendra Modi, Gandhi said: “It is very interesting because now whenever I come across BJP MPs they sort of take two steps back.” He added that it could be because they might be thinking “he might hug us”.

Thapar was interviewed by another veteran TV anchor, Rajdeep Sardesai, who asked him what was the one question he would like to ask Advani. Thapar said he would ask whether he would wear a suit with his name printed on the stripes. Ouch! 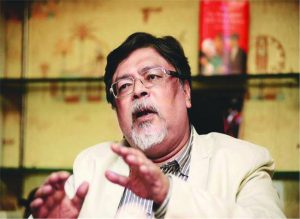 With editor/owner Chandan Mitra having quit the BJP to join Mamata Banerjee’s TMC, the big buzz in media circles is that the multi-edition Pioneer newspaper is up for sale. The Pioneer is printed in seven cities apart from Delhi. It was originally Lucknow-based when Rudyard Kipling was employed as assistant editor for two years. It was bought over by the Thapars and moved to Delhi. After LM Thapar’s death, Mitra stepped in as the new owner in 1998.

Having opted for full-time politics—Mitra plans to contest the 2019 elections on a TMC ticket—he is now keen to sell the paper along with its real estate assets and the Pioneer Digital News Pvt Limited, the online version, which is a separate company. That leaves the total staff of around 450 people facing an uncertain future with government advertising—the lifeline of the paper—now certain to be curtailed.