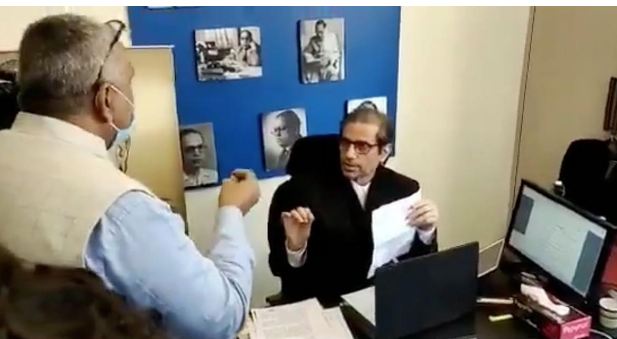 In an unusual and interesting precedent, a Delhi court has handed the responsibility of being a local commissioner to the youngest advocate present in the courtroom in a matter concerning raids on advocate Mehmood Pracha with regards to the seizure of certain data in connection with the 2020 Delhi riots.

Additional Sessions Judge Dharmendra Rana passed the said directions while hearing a revision petition filed by advocate Mehmood Pracha challenging the trial court order turning down his plea against the second raid conducted on his office to seize certain data regarding the riots that occurred in North-east Delhi in February 2020.

“Ms Avneet Kaur, advocate, who is the youngest counsel present in the court and is appearing before this court in case title…. is appointed a local commissioner in the instant matter,” said ASJ Rana while fixing the matter for further hearing on April 27.

“Concerned Investigative Officer shall coordinate with the Local Commissioner and shall visit the office of the revisionist Mehmood Pracha today itself…The computer in question shall be seized and sealed with the seal of the IO, however, the same shall remain in the custody of the revisionist,” the court said further.

The court also ordered that the entire procedure shall be videographed. “It is clarified that for the time being, there is no requirement of direct supervision of the concerned DCP as the present proceedings are ordered to be conducted under the supervision of local commissioner,” the court-ordered.

“In view of the above, the execution of search warrants is stayed till the next date of hearing,” the court said.

Yesterday, ASJ Rana had refused to grant any interim relief. Pracha had moved the Sessions Court against the refusal by a Magistrate Court which had turned down his plea against the second raid on his office. Chief Metropolitan Magistrate Dr Pankaj Sharma had said the allegations levelled by Pracha are “baseless”.