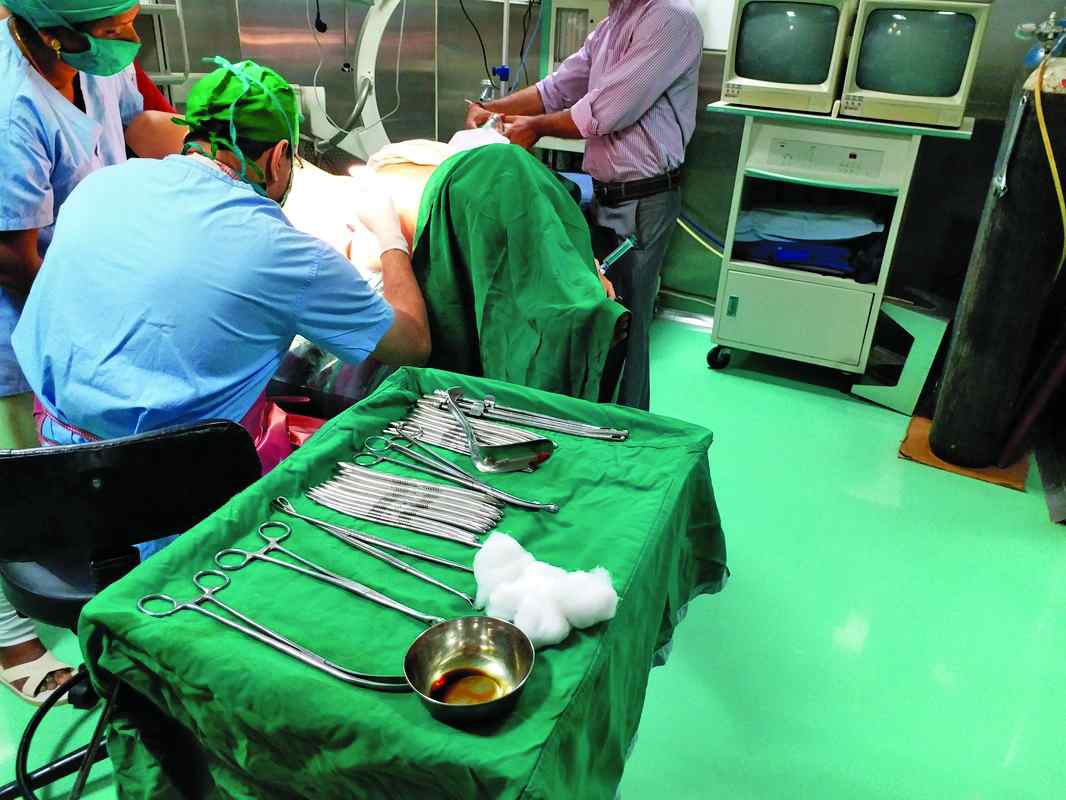 Above:There is an increasing demand to amend the Medical Termination of Pregnancy Act.
Photo: abortionuae.com

The Supreme Court vacation bench of Justices Abhay Manohar Sapre and Sanjay Kishan Kaul was, on June 29, agonising for nearly 15 minutes over the contents of a report submitted in a sealed cover by a seven-member medical board in Kolkata. After talking among themselves in hushed tones, the judges decided that the contents could not be shared with the media in order to protect the privacy of the petitioner, Sarmishtha Chakraborty, 33. She had sought the Court’s intervention to end her 25-weeks pregnancy in view of foetal abnormalities detected belatedly. The bench asked the counsel to read the report in confidence and obtain fresh instructions from their clients before the Court decided the matter on July 3. This delay appeared to prolong the woman’s agony as she would then have entered 26th week of pregnancy.

This is Chakraborty’s second pregnancy, the first one resulting in a miscarriage. The options before the Court appeared to be limited in view of the constraints imposed by the Medical Termination of Pregnancy Act, 1971. Section 3(2)(b) of the MTP Act permits termination of pregnancy before it exceeds 20 weeks if two registered medical practitioners are of the opinion that its continuance would involve a risk to the life of the woman or grave injury to her physical or mental health or that the child-to-be-born would suffer from such physical or mental abnormalities. Section 5 permits termination of pregnancy beyond 20 weeks only if the registered medical practitioner is of opinion that it is immediately necessary to save the life of the pregnant woman.

In her petition, Chakraborty challenges the constitutional validity of Section 3(2)(b) on the ground that it is not reasonable, as with the advancement of technology, it is perfectly safe for a woman to abort even up to the 26th week and thereafter. She also contended that determination of foetal abnormality in many cases can only be determined after the 20th week and therefore, in such cases, women have to suffer excruciating pain and agony because of the deliveries that they are forced to go through. Besides, her petition impugns the constitutional validity of Section 5 on the ground that it does not provide for severe foetal abnormalities discovered after the 20th week and fails to consider the risk it would pose to the physical and mental health of the woman as a justification to abort.

During an echocardiography conducted on Chakraborty on May 25, the doctors suspected that her foetus suffered from Tetralogy of Fallot, a combination of four impairments in the heart, and a condition that causes severe physical and mental retardation to the foetus and reduces its viability to a very large extent. A subsequent echocardiography done on May 30 confirmed the same.

Renowned cardiac surgeon, Dr Devi Prasad Shetty, whose opinion is annexed to her petition, has stated that foetuses with such abnormalities do not live till adult life even after multiple corrective surgeries. He also said that individuals with this condition remain completely dependent on others for care due to the complexity of the problem resulting in very low oxygenation of the body.

According to her petition, out of 26 million births that occur in India every year, approximately 2-3 percent of the foetuses have a severe congenital or chromosomal abnormality. Many suffer Intrauterine Foetal Death. With new 3D and 4D sonographic technology, it is possible to detect certain abnormalities before 20 weeks, while other abnormalities can be detected only after 20 weeks, she told the Court.

The Federation of Obstetric and the Gynecological Societies of India  (FOGSI), comprising of 24,000 members, has stated that the risk to the mother in case of termination of pregnancy at 25 weeks is not significantly higher than the risk at 20 weeks. FOGSI advised that in case of foetal abnormality which has been detected late and which leads to an extremely serious handicap at birth, such foetus should be allowed to be terminated, even after 20 weeks.

Chakraborty’s petition points out that women who are beyond 20 weeks of pregnancy with foetal abnormalities, therefore, have no option but to seek out unsafe abortions from untrained medical personnel illegally. Such abortions are the third leading cause of maternal deaths in India, and account for 13 percent of such deaths worldwide, she has stressed.

In her petition, Sarmishtha Chakraborty contended that determination of foetal abnormality in many cases can only be determined after the 20th week.

Despite valid grounds to support her, there are mixed legal precedents which make the Court’s decision a tough call. On July 25 last year, in the case of Ms. X v Union of India, the Supreme Court directed medical termination of pregnancy under Section 5, beyond 20 weeks, stating that its continuance would endanger the physical and mental health of the woman.

On January 16 this year, in Meera Santosh Pal v Union of India, the Apex Court allowed medical termination of pregnancy beyond 20 weeks, on the ground that its continuance would gravely injure the mother’s mental and physical health, and that she has a right to take all such steps as necessary to preserve her life against avoidable danger to it.

On February 7, the apex court, in Mrs. X and Others, v Union of India, again allowed medical termination of pregnancy in the 24th week on the ground that the woman has a right to make reproductive choices, which is a dimension of personal liberty, under Article 21 of the constitution.

On March 1, the Supreme Court rejected a woman’s plea to terminate her 23-week-old foetus on the ground that it suffered from Down’s Syndrome, after the Court-appointed medical board advised against the abortion, because the baby, if born, had chances of survival. The judges, SA Bobde and L Nageswara Rao, however, added that it was very sad for a mother to bring up a mentally retarded child. The Court denied permission even though it was told that doctors advise abortion if the foetus is less than 20 weeks and found to suffer from Down’s Syndrome.

A draft bill, to amend the MTP Act, to increase the 20-week ceiling on abortion to 24 weeks, and to allow it at any stage if substantial foetal abnormality is detected, has been pending with the centre since 2014. Meanwhile, the number of petitions seeking the Supreme Court’s intervention to permit abortions after 20 weeks of pregnancy has been on the rise.

Will Parliament give the draft Bill a priority in the light of such cases?