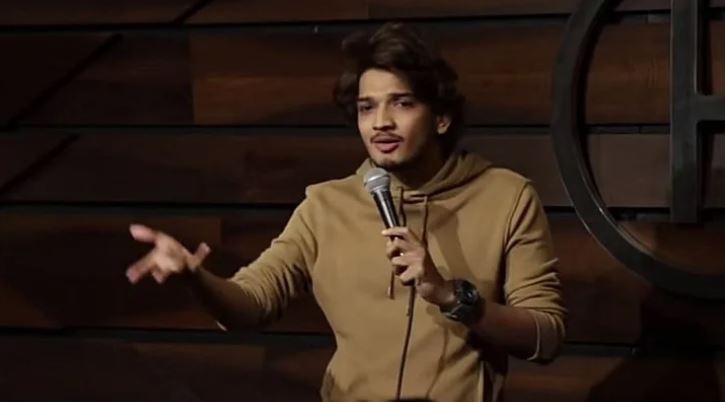 A Sessions Court in Madhya Pradesh’s Indore rejected bail to stand-up comedian Munawar Faruqui and another accused of making “indecent” remarks against Hindu deities during a show held in the city. Additional District and Sessions Court judge Yatindra Kumar Guru rejected the bail plea of Faruqui and Nalin Yadav.

Faruqui was arrested on Saturday along with four others for allegedly making indecent remarks against Hindu deities and Union Home Minister Amit Shah during a show held at a cafe in Indore’s 56 Dukan area on January 1.

The complaint was filed against them by Eklavya Singh Gaur, the son of local BJP legislator Malini Laxman Singh Gaur. Anshuman Shrivastava, the Advocate for Accused, said the allegations levelled against his clients are “vague” in nature. He said the duo was booked under political pressure.

He said Faruqui and Yadav are actors and didn’t make any comment that hurt the religious feelings of any person.

Prosecution advocate Vimal Mishra said both the accused had participated in the event for which no permission was taken from local administration amidst the pandemic. Mishra said indecent remarks were made against Hindu deities at the event, which he claimed was “full of obscenity despite the presence of minor boys and girls among the audience”.

Faruqui, Nalin Yadav, Edvin Anthony, Prakhar Vyas, and Priyam Vyas were arrested after a Hindu group created ruckus during the event, alleging they had made insulting remarks against Hindu gods and Amit Shah. They were later sent to judicial custody until January 13.

Police had booked five accused under Sections 295-A (deliberate and malicious acts, intended to outrage religious feelings of any class by insulting its religion or religious beliefs), Section 269 (unlawful or negligent act likely to spread the infection of any disease dangerous to life) and other provisions of the Indian Penal Code (IPC).