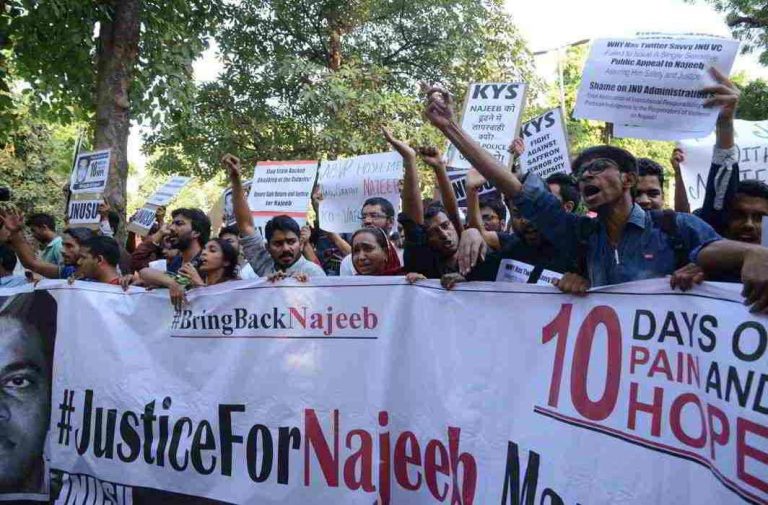 During the course of proceedings, the bench of Justices S Muralidhar, VinodGoel was informed by the CBI thatit wants to file a closure report in the case as the probe has been conducted from all aspects but all efforts to trace Ahmed has been failed.

Ahmed’s mother demanded a status report filed by the CBI and also reinvestigation of the case by a SIT not comprising officials from the CBI.

To which the bench said that as it was a habeas corpus plea it can’t direct the CBI to provide status report to the petitioner.

Ahmed an MSc first year student was reported missing on October 15, 2016 after a fight allegedly with the ABVP members.