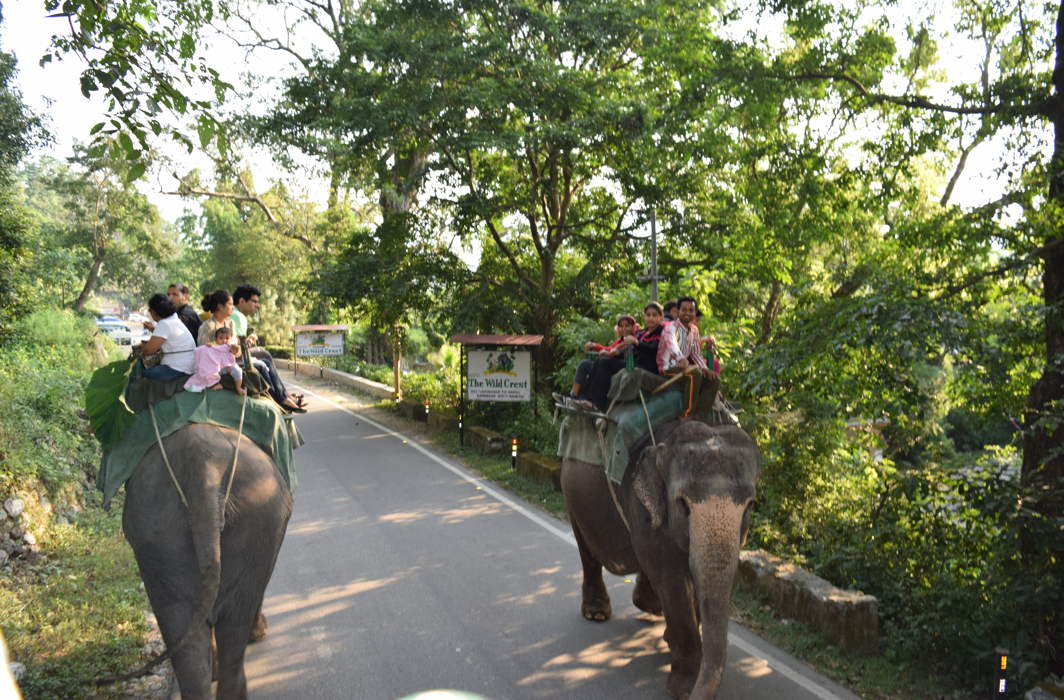 On the relocation of the Van Gujjars, the Court said: “We give a last opportunity to the state government to apprise the court how soon these Van Gujjars would be relocated since the affidavit filed by the Additional Chief Secretary on this issue was vague and evasive.

“The state cannot be a spectator. It is an alarming situation. Remedial measures are required to be taken at the earliest to save the wildlife,” it reiterated.

The Van Gujjars residing in the forest area have been a big challenge for the state government as well as the Park authorities ever since it came into official existence in 1983. After a government census on Van Gujjars in 1998, around 1,560 families were identified in the area. Thereafter, 1,392 such families were relocated in Pathri and Gaindi-khata villages in Haridwar.

However, due to land paucity, 168 families could not be relocated. Gradually, their population shot up to 1,610 families in the area. Aside from the families residing in Rajaji National Park, 911 from Shyampur, Rasiabadh and Chidiapur ranges are also to be relocated.

According to data collected during a three-month census in August 2017, 131 Van Gujjar families also live in Amangarh Tiger Reserve along with over 2,000 livestock, including cows, buffaloes and goats. This Reserve is spread over 9,542.48 hectares and is home to over 13 tigers, 35 elephants and other wild animals. It is also a buffer zone of Corbett National Park.

Sixteen years after Uttarakhand was formed, there is still no plan to relocate those living on encroached forest land. Government norms, land and funds constraints keep coming in the way of any specific policy or action.

The Uttarakhand High Court has, on August 13, invoked the doctrine of parens patriae to become the legal guardian of cows and other stray cattle.

The Court was hearing a PIL filed in 2017 by one Alim from Sohalpur Gada village in Roorkee tehsil of Haridwar district. Alim had sought its intervention to stop illegal cow slaughter in his village.

A division bench of Acting Chief Justice Rajiv Sharma and Justice Manoj Kumar Tiwari directed all circle officers “to patrol the rural areas once in 24 hours to ensure that no cow is slaughtered”. Owners of cattle would be prosecuted if the cattle are “found on the streets, roads and public places”. These were part of a slew of 30 “mandatory directions” issued to ensure cow protection.

Significantly, the Court has banned slaughter and export “for the purpose of slaughter” of “any cow, bull, bullock, heifer or calf”, and sale of beef and beef products across Uttarakhand, which is in line with the Uttarakhand Protection of Cow Progeny Act, 2007. Also pertinently, it has directed the state government “to register cases against persons who leave vagrant any cow free for wandering after milking her”.

It’s a no-brainer that these norms must be changed to suit the need of the times. Forest officials believe that the Gujjars have to be shifted from the forest. “The Van Gujjars must be shifted first from the protected areas and then the process of relocating them from the non-protected areas of the forest division will start,” said a Haridwar divisional forest officer.

In a series of decisive actions, the Uttarakhand High Court has also banned the commercial use of elephants in the Corbett Tiger Reserve. The order came after the Court was apprised that these elephants were subject to immense cruelty, chained and ill-treated and some of them were used commercially by the owners of the resorts in the Corbett Tiger Reserve area. It also restricted the number of vehicles entering its ranges daily to a maximum of 100. The High Court directed the state government that not more than 100 vehicles, including private and commercial Gypsys, be permitted to enter Sitabani, Bijrani and Dhela zones of Corbett Tiger Reserve, including Kalagarh and Rajaji National Park in a day.

The division bench of Justices Rajiv Sharma and Lokpal Singh held that the captivity of elephants was in violation of Sections 40 and 42 of the Wildlife Protection Act, 1975. “The chief wildlife warden through the concerned Divisional Forest Officers (DFO) is also directed to issue notices to the owners of the elephants to explain under what law they are using the elephants commercially, including joyrides, in breach of the Wildlife Protection Act,” the Court ordered. According to the Court directive, forest officials have now taken possession of these privately owned elephants, although the supervision of these pachyderms has become a new problem for the officers.

Previously, the Court had taken a strict view of the quick succession of tiger deaths in the state and had expressed resentment over the underutilisation of the Special Tiger Protection Force constituted in May 2014. It had warned the government that “if no categorical assurance for the deployment of Special Tiger Protection Force in Corbett Tiger Reserve is given, we may be constrained to request the Ministry of Defence to deploy the Eco-Task Force to protect tigers”.

These strict measures of the High Court have taken the government and forest department officials by surprise, while the wildlife tourism industry is apprehensive about the Court’s strict stance.

However, for the Van Gujjars, there is hope that the government will now make proper arrangements for their rehabilitation.