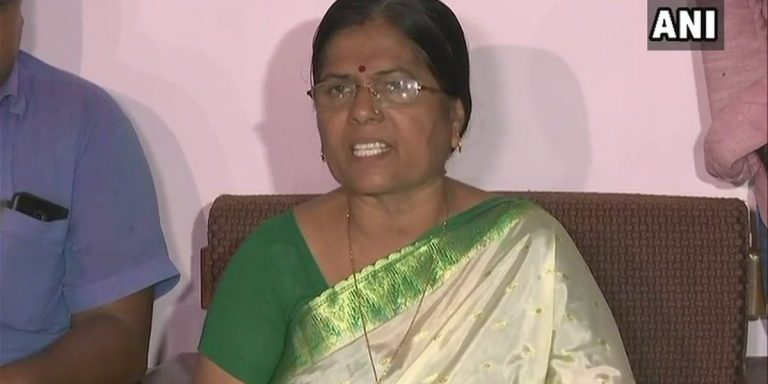 A Bihar court has issued a non-bailable warrant against former Bihar minister Manju Verma. Additional chief judicial magistrate of Begusarai Prabhat Trivedi issued the warrant against Verma, who stepped down as the social welfare minister in August following reports suggesting “close links” between her husband Chandrashekhar Verma and the prime accused in the shelter home scandal, Brajesh Thakur. According to Begusarai Superintendent of Police Avakash Kumar, the court also granted two days’ police remand for Chandrashekhar Verma who had surrendered before the court on Monday.

It was only yesterday that the SC lashed out at the Bihar government, saying that “all is not well and it is very strange that the government doesn’t know where its former minister is”. The SC comments came during a hearing in the Muzaffarpur shelter home rape case when the Bihar government informed the court that former social welfare minister Manju Verma has gone into hiding and could not be traced by the state police. Verma’s husband Chandrashekhar was the owner of the shelter home where several girls were allegedly raped.

On Tuesday, the Supreme Court had asked the Bihar police why Verma has not been arrested in a case related to the recovery of ammunition in the shelter home. The court also directed the CBI to file chargesheet on time so that no accused could be granted bail.

A bench of Justices M B Lokur, S A Nazeer and Deepak Gupta also directed that Brajesh Thakur, prime accused in the Muzaffarpur shelter homes sexual abuse case, be shifted to the Patiala high security jail in Punjab from Bihar’s Badarpur jail. The alleged sexual exploitation of the girls was first highlighted in an audit report submitted by the Tata Institute of Social Sciences (TISS) to the state’s social welfare department. Chandrashekhar had surrendered before a Begusarai court.