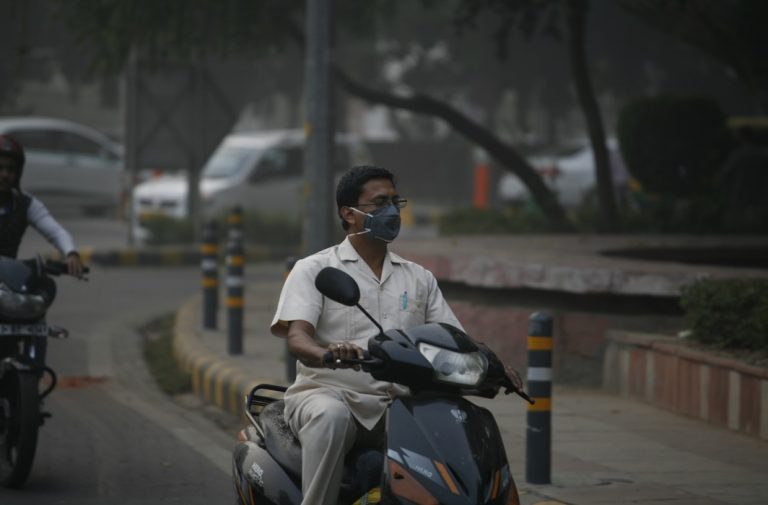 The National Green Tribunal (NGT) on Monday slapped a fine of Rs 25 crore on the Delhi government   for unable to curb growing pollution in the capital.

According to news agency ANI, the ordered amount will be deducted from the salary of Delhi government officials and people polluting the environment in the city.

If the Delhi government failed to deposit the fine then it will have to pay a fine of Rs 10 crore per month as penalty. While hearing the case, the NGT found that the Government of Delhi has not followed previous orders.

Notably, the air quality in the national capital and NCR has been reeling under the ‘very poor’ mark since October 24. On November 14, the Environment Pollution (Prevention and Control) Authority had advised a ban on all the private vehicles that run without compressed natural gas (CNG) in Delhi.

On October 16, the NGT had imposed a fine of Rs 50 crore on the Arvind Kejriwal-led Delhi government for failing to stop steel pickling industries from working in the residential areas. The industries fall under the prohibited list of industrial activity as per the Delhi Master Plan (DMP), 2021.

Meanwhile, the Delhi High Court while hearing a matter related to air pollution had directed the Delhi government to frame guidelines on burning of effigies of Ravana and use of firecrackers during Dusshera. The guidelines can be implemented from the next year.

On the steel pickling industries, the NGT which had passed the orders to close down the industries in 2016, pulled up the state government for not closing the industrial units despite its specific directions.

Earlier, an NGO had approached the NGT seeking execution of its order. Following this, the tribunal directed the Delhi Pollution Control Committee (DPCC) to take action against the industries.

Meanwhile, the NGT in its order today directed the Delhi government’s chief secretary to constitute a three-member committee to find out those responsible for granting the license and take action against them.

The NGT bench, headed by Chairperson Justice Adarsh Kumar Goel, also observed that these steel pickling units cause pollution while adding that the senior officers of the Delhi government have failed to perform their duties.