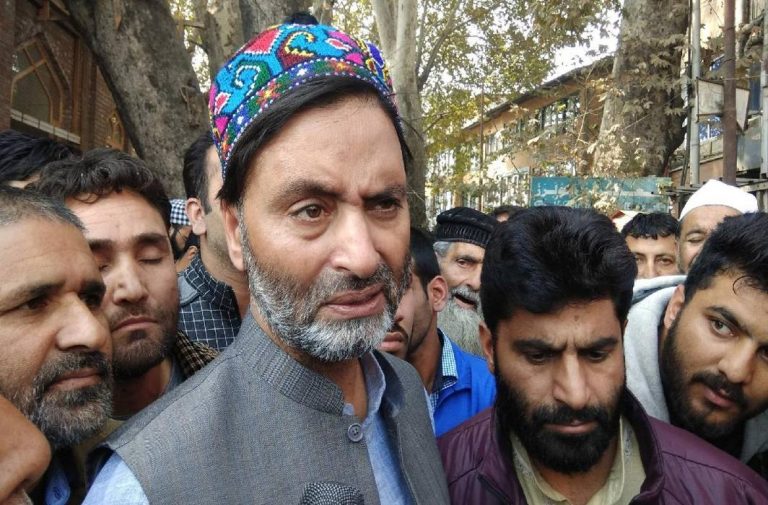 National Investigation Agency Court in Delhi has taken cognizance on the chargesheet filed by NIA against Yasin Malik and four others in the matter of terror funding. All accused in the matter are serving judicial custody in Tihar Jail. CBI has filed second chargesheet in this matter on which the court has taken up the cognizance.

The agency has charged the accused to have received funding from Pakistan in carrying out the activities of stone pelting in the year 2010 and 2016.

The NIA had registered the case in May 2017 against various separatist leaders who were acting in connivance with terrorist organization like Hizbul Mujahideen, Dukhtara-e-Millat, and Lashkar-e-Taiba for collecting funds through illegal means for funding terrorist and stone pelting in Jammu and Kashmir.

The Court further asked the investigative agency to provide the copy of the chargesheet to all the accused and further called up the matter to be taken up next on 7.11.2019. The court has also extended the judicial custody of each accused till 7th November 2019.