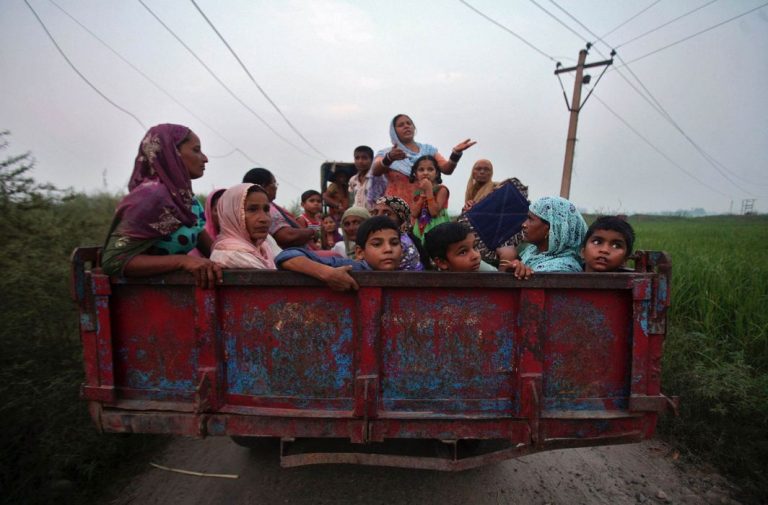 Above: A tractor carrying children and women (representative image)/Photo: UNI

The Madras High Court has held that people who died while travelling in goods carriers cannot claim compensation from insurance companies.

Justices K K Sasidharan and R Subramanian said that in the light of the categorical pronouncements of the Supreme Court in various accidents, Motor Accidents Claims Tribunals are not right in directing insurance companies to pay the compensation and recover the same from the vehicle owner.

The bench gave the ruling while passing orders on a batch of appeals from Bharati AXA General Insurance Company Limited in Bengaluru, challenging a September 23, 2014 order of the Motor Accidents Claims Tribunal in Dharmapuri, on October 24.

On September 1 2011, a 16-member marriage party from Kottapatty village had engaged a goods carrier to go to Soolakurichi to attend the event.

On the way back, the van overturned killing some people and injuring others. When they moved the tribunal, they were awarded varying amounts.  The tribunal directed the insurance firm to pay the amount and recover it later from the vehicle owner. The insurance company moved the court.

The court said it was no doubt true that in many cases, the claimants may not be able to realise the award amount from the owners of the vehicles involved in the accident.

“But the said factual situation alone cannot impel us to do something against the provisions of the statute and the decisions of the larger benches of the Supreme Court,” the bench added.