The petition has been filed after allegations of corruption have been brought to light by former Mumbai Police Commissioner Param Bir Singh against Deshmukh. 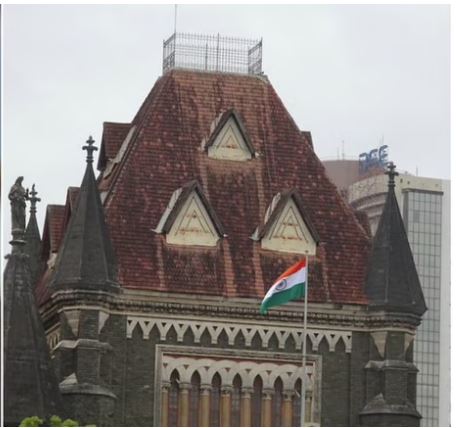 A PIL has been filed in the Bombay High Court seeking a time-bound probe by multiple agencies against the officers of the Mumbai Police and Maharashtra Home Minister Anil Deshmukh allegedly involved in a scam running into thousands of crores. (Ghanshyam Upadhyay v. State of Maharashtra & Ors.)

The petition has been filed after allegations of corruption have been brought to light by former Mumbai Police Commissioner Param Bir Singh against Deshmukh.

The petition is filed by Advocate Ghanshyam Upadhyay seeking directions to the state of Maharashtra, the Central Bureau of Investigation and the Enforcement Directorate.

The petitioner alleges that the said scam came into picture after a letter which was written by Param Bir Singh on March 20, 2021, to the Chief Minister of Maharashtra and others was leaked. “The said letter was widely circulated in print, electronic and social media and thousands of people have read the said letter on their WhatsApp too,” says the petition.

“Param Bir Singh in his letter dated March 20, 2021, has stated that in a meeting held at the official residence of the Chief Minister in mid-March, 2021 when he was called to brief the Chief Minister, he had allegedly pointed out several “misdeeds and malpractices” being indulged in by the Home Minister of Maharashtra, Anil Deshmukh.”

The aforesaid letter claims that Sachin Vaze was called by Anil Deshmukh to his official residence several times in the last few months and repeatedly instructed to assist in the collection of funds targeting Rs 100 crore a month and achieving it, Home Minister has asked Sachin Vaze that there are about 1,750 bars, restaurants and establishments and the sum of Rs 2-3 lakh was collected from each of them. The Home Minister made several meetings with ACP, DCP to achieve the target of Rs 40-50 crore.

The petitioner further alleged that the Home Minister had stated in the recent press conference that all of this is part of a big conspiracy pulled by the Commissioner of Police as Sachin Vaze and ACP Patil were very close to Param Bir Singh and he was the one responsible for reinstating Vaze when he was suspended 16 years ago. Deshmukh further mentions that if Param Bir Singh had already informed the Deputy CM and the NCP President about the extortion of Rs 100 crore, they would have taken any action till now.

c) that this Hon’ble Court may be pleased to direct the state to take action against all the tainted police personnel involved in the collection racket in the city of Mumbai and committing various other offences under the garb of conducting investigation and they be directed to be sacked in the exercise of powers vested under Article 226 of the Constitution of India including taking such other stern action as this Hon’ble Court may deem fit and proper.