Above: The petitioner has filed a separate case in the Delhi High Court seeking registration of an FIR against his daughter-in-law

In a scathing indictment of the police, a senior citizen accused of rape by his daughter-in-law filed a PIL in Delhi High Court seeking the framing of guidelines on how the force should handle marital rows

A division bench of the Delhi High Court recently issued a notice to the Delhi Police in a case related to a senior citizen accused of rape by his daughter-in-law. He claimed that the police had colluded with her while the “victim” had also alleged that her mother-in-law had aided in the alleged sexual assault when her husband was not at home.

According to the petitioner, Shashi Kumar Mahajan, his daughter-in-law lodged the complaint on May 21, 2014. Mahajan, who is a diabetic and heart patient, had to spend two months in Tihar Jail before he was granted bail. In April 2016, a Delhi sessions court discharged him of the rape charge.

Mahajan has now filed a PIL before the Delhi High Court seeking the framing of guidelines on how the police should handle probes into cases arising out of marital rows. The petition said that the petitioner was arrested immediately after the daughter-in-law registered an FIR nearly a month after the alleged incident and without any preliminary investigation. Mahajan stated that it was a case of “abuse of power” by police officers who were investigating the woman’s complaint and sought disciplinary action against them.

The petitioner told the court that “there is no provision and due process to achieve and secure objectivity and accountability in the investigation, which leads to arbitrary probe and abuse of power and authority in many cases, as in the present case”. He also argued that in this case, the police officers did not obtain any document or evidence from the woman to corroborate her allegations that dowry demands were made by her husband and in-laws. The joint plea, which included her husband and mother-in-law, claimed that a medical examination was not even carried on the complainant.

The petitioner contended that a new trend has started of foisting alleged rape cases against in-laws. This, he said, has become rampant, leading to senior citizens being incarcerated in jail. He said that the police had not even examined the location of his mobile and had arbitrarily arrested him despite knowing that he was a diabetic and a heart patient. He said the police had failed to examine all aspects of the case.

The petitioner also filed a separate case in the High Court seeking registration of an FIR against his daughter-in-law for levelling false allegations of rape and said she should be tried and punished as per law. The Court is likely to hear the case on September 10, 2018. 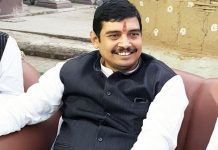