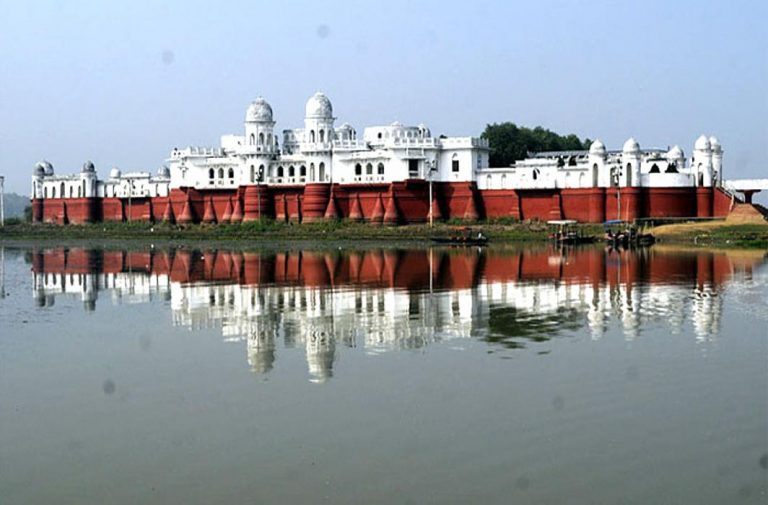 In the dispute between the Royal Family of Tripura and State Government related to the ownership of ‘Neermahal Palace’ also known as ‘Rudrasagar’, built by Maharaja of Tripura Kingdom Bir Bikram Kishore Manikya Debbarman, the High Court of Tripura ruled in favour of the State Government.

The palace is surrounded by Rudrasagar lake and was built in the year 1930, and is a favourite tourist attraction. There are only two palaces in India surrounded by water, the second one being ‘Jal Mahal’, in Rajasthan.

In the year 1974 the palace was handed over to the government by the then royal descendent Kirit Bikram Kishore Manikya Debbarman for opening it to the public as well as for maintenance. However, Bibu Kumari Devi, his wife and son Pradyot Kishore Manikya Debbarman filed a case against the state government regarding the ownership of the palace pleading that only the “permissive possession’ has been granted to the government.

A bench of Chief Justice Akil Kureshi and Justice Arindam Lodh of the Tripura High Court has observed that Lt. Maharaja himself wanted to transfer the land in favour of the Government. However, Maharaja gave the ownership of the property to Bibhu Kumari Devi in a will dated 2002, even after being well aware of the fact that he is not the owner of the property and had relinquished all his claims over the property long back.