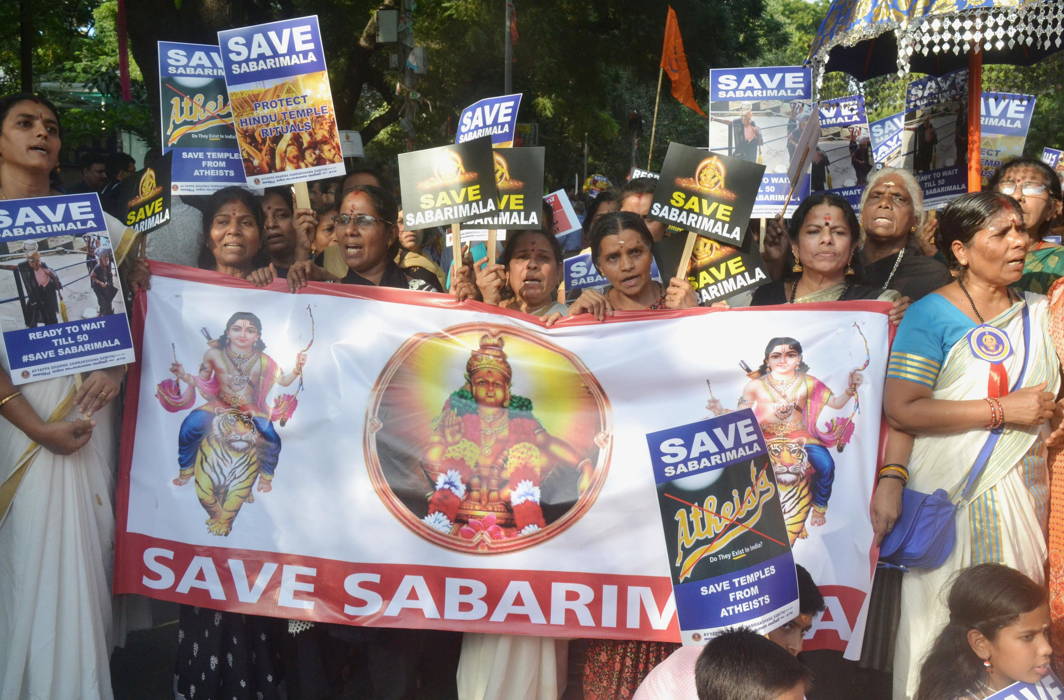 The Kerala High Court on Wednesday sought direction from the state government on a petition filed by four women seeking police protection for entering the Sabarimala Temple. The hearing on the matter is scheduled for October 29.

Yesterday, four women who included two lawyers had approached the high court seeking police protection to enable them to go to Sabarimala and offer prayers before Lord Ayyappa. Their plea followed the continuing clashes between the pro and the anti women’s entry groups at many entry points to the temple during the five days that the temple remained open last to mark the beginning of the pilgrimage season. Though police were out in full strength to ensure there were no untoward incidents, at several places, women devotees were stooped forcible and sent back.

On September 28, a five-member constitutional bench headed by the then Chief Justice of India Dipak Misra had lifted the ban on the entry of women falling in the age group of 10 to 50 years in the temple, citing the practice “irrational and arbitrary”. Earlier, women of menstruating age were barred from entering the Sabarimala Temple by its officials, who argued that the temple deity Lord Ayyappa had taken a vow of celibacy.

The doors of the Ayyappa temple were shut down on Monday after it opened for five days as a monthly ritual in the Malayalam month of Thulam. It will open again next month and remain so until January. Millions visit the temple during the auspicious  41 days  and only yesterday, a Supreme Court appointed administrator had in a report informed the Kerala High court of apprehensions of large scale violence when the temple reopens.