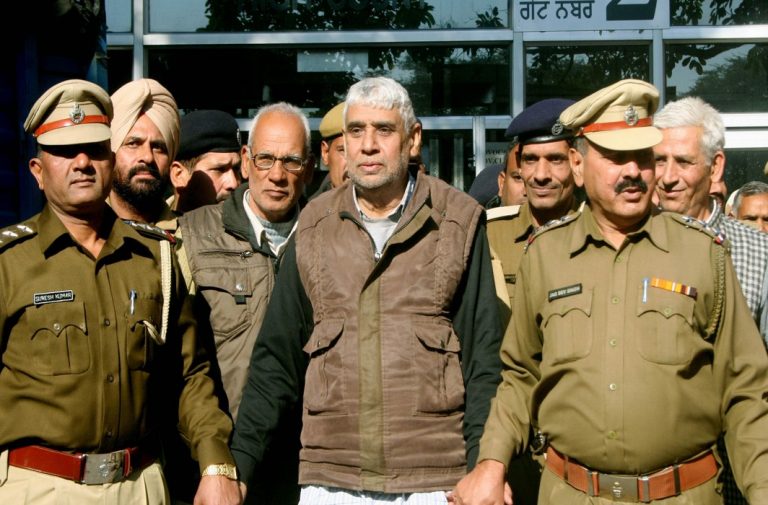 Self-styled godman Rampal was Tuesday sentenced to life imprisonment by a court in Hisar, Haryana in connection with two murder cases.

Apprehending mob violence of the kind that broke out in several districts of the state in August last year after Baba Ram Rahim of the Dera Sacha Sauda sect was sent to jail by a Rohtak district judge, the administration has deployed more than 4,000 police personnel, besides paramilitary troops, in Hisar and surrounding areas. The state police, which had been at the receiving end during an earlier 2014 siege of Rampal’s ashram and later while dealing with the Jat agitation did not want to take any chances. Rampal, who has a huge following, is currently lodged at Hisar’s Central Jail-2. A special court was set up inside the jail to pronounce the judgment via video conference. Prohibitory orders under Section 144 CrPC were also enforced to ensure that his supporters do not sneak into the town and gather around the court premises. Before the announcement, heavy security was deployed in Hisar.