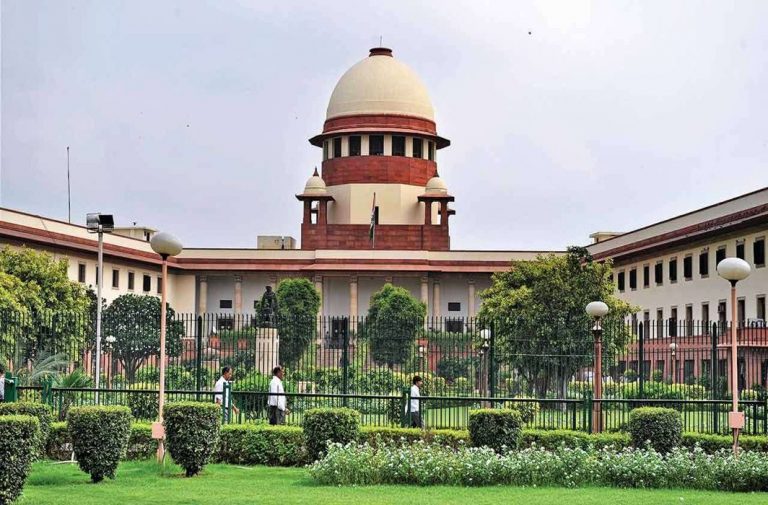 Bench headed by Chief Justice Ranjan Gogoi took a stern view of both petitions, said he wasn’t inclined to entertain them

The Supreme Court, on Tuesday (October 23), dismissed two separate public interest litigations against politicians – one that sought the court’s directions to netas involved in the protests against the top court’s order diluting that diluted the SC/ST (Prevention of Atrocities) Act and the other that sought stern action against politicians and parties who use religion for electoral gains.

Both petitions were dismissed by a bench of Chief Justice Ranjan Gogoi and Justice Sanjay Kishan Kaul.

During proceedings in the PIL filed by consumer rights activist Bejon Kumar Mishra who sought a direction that politicians, allegedly involved in the nationwide protests against the March 20 verdict that watered down provisions of the SC/ST Act of 1989, must be made to compensate for the losses and damage to public property, the Chief Justice held that the nature and circumstances of the petition called for the plea’s dismissal.

Taking a stern view of the petition, Chief Justice Gogoi asked the counsel appearing for Mishra: “Who is Bejon Kumar Mishra? What locus does he have regarding riots”?  Seeking to know Mishra’s credentials, the Chief Justice said: “There was some rioting over some Supreme Court verdict and you want us to say that politicians must not attend the Parliament or the (Legislative) Assembly and that they must not be paid till the CBI inquiry is over? How can we make politicians and political parties liable for the loss occurred during a riot; it’s a frivolous prayer… What has the Supreme Court come to”.

While the counsel for the petitioner argued that 9 persons were killed in the protests and that no action was taken against the concerned politicians, the Chief Justice remarked: “even assuming that this PIL is bonafide, having regard to its nature and the circumstances leading to it, the court is inclined to take a view that the matter does not deserve attention.”

The second petition, filed by Delhi BJP leader Ashwini Kumar Upadhyay, which sought directions to the Centre and the Election Commission to take strict action against political parties and candidates engaging in misusing religion for electoral gains to ensure free and fair elections met with a terse dismissal from the Chief Justice.

“We are not inclined. Dismissed,” Chief Justice Gogoi said as soon as proceedings in Upadhyay’s petition began.

Upadhyay, in his PIL, had said: “Because of its appalling effect on secularism, unity and integrity of the Country, the court may please direct and declare that the Election Commission of India shall have the power to refer the complaints related to corrupt practices and misuse of religion for electoral gain by contesting candidates and political parties to the investigation agencies in line with the recommendation of the Goswami Committee on Electoral Reform.

It is to be noted that at present, under Section 123(3) of the Representation of People Act, appeal on the grounds of religion, race, caste etc. and promotions of feelings of enmity between different classes constitute corrupt practice, but the same can be questioned only by way of an election petition and cannot be a subject of enquiry before the ECI even when the election is in progress.”