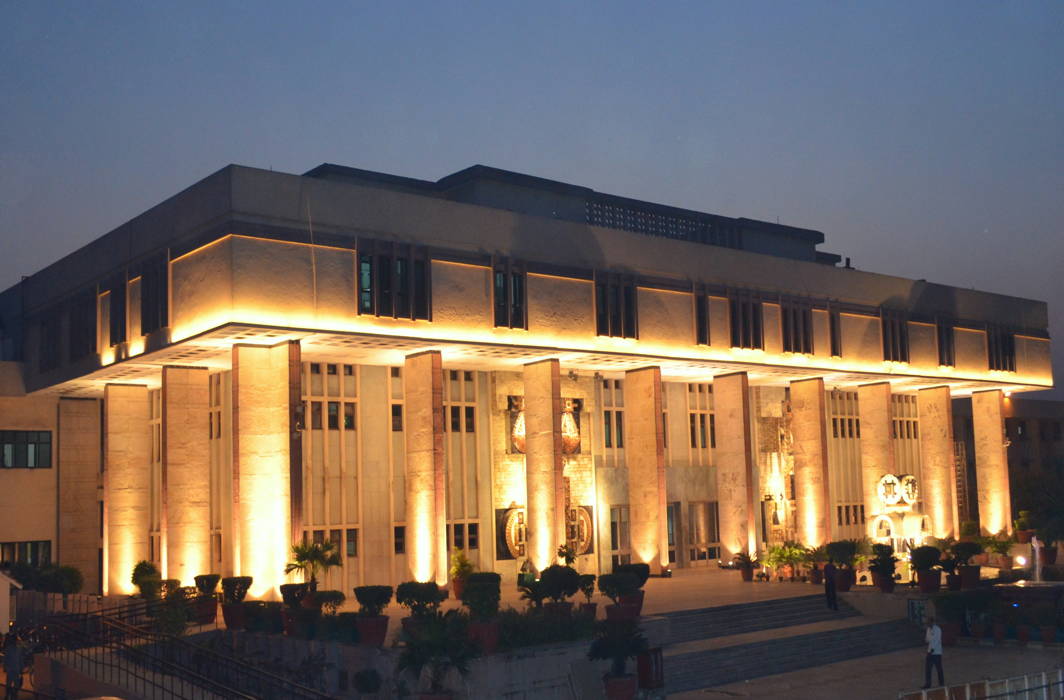 Above: Keeping a watch on lower courts—Delhi High Court

In a move that could spark an internecine battle between the higher and lower judiciary, the Delhi High Court has issued a circular whose aim is to keep a close watch on assets acquired by judges of the subordinate courts. The circular issued by the administrative department of the High Court has called for the appointment of officials from the Subordinate Accounts Services (SAS) or those with specialised qualification from the Institute of Costs & Works Accountants (ICWA) to assess the reports filed by judges with regard to purchase of movable and immovable property, acceptance of gifts and lavish hospitality, foreign travel by themselves and their families and high-value transactions made by them.

“The Competent Authority has been pleased to accept application of officials from Subordinate Accounts Services & Qualified Officials from Institute of Costs & Works Accountants (ICWA) for doing the work of assessment of the intimations under Rules 13, 16 & 18 of CCS (Conduct) Rules, 1964, given by the Judicial Officers,” says the circular. The move to assess and verify the reports filed by judges has led to consternation in the subordinate judiciary.

The Central Civil Services (Conduct) Rules, 1964, that govern the working of officials in the civil services or posts that are connected with the affairs of the Union include judges in the subordinate courts. Under these rules, it is mandatory for judges or officers of higher ranks to file reports about accepting gifts and lavish hospitality, making investments or lending and borrowing money, purchasing vehicles and buying of immovable and movable assets as well as other properties beyond a certain price.

Section 13, relating to gifts, says that no government servant shall accept, or permit any member of his family or any other person acting on his behalf to accept, any gift from any person. “A government servant shall avoid accepting lavish hospitality or frequent hospitality from any individual, industrial or commercial firms, organisations, etc., having official dealings with him,” it says. When gifting is in conformity with religious and social practices, as at family functions, a government servant may accept gifts from relatives or friends having no official dealings with him. However, the officer is required to report these to the government if the value of such gifts exceeds a certain amount.

Section 16, that deals with investments, lending and borrowing, says that no government servant shall speculate in any stock, share or other investment. There is a provision that allows for occasional investments made through stockbrokers or other persons duly authorised and licensed or who have obtained a certificate of registration under the relevant law. But the rules make it clear that frequent purchase or sale or both of shares, securities or other investments will be deemed to be speculation and is a no-no.

Section 18 relates to the purchase and sale of movable, immovable and other valuable properties and brings under its ambit government servants belonging to any service or holding any post included in “Group A” & “Group B”, which includes subordinate court judges. The rules require that officers submit an annual report in such form as may be prescribed by the government, giving details of the immovable property inherited, owned or acquired, held on lease or mortgaged either in own name or in the name of any family member or in the name of any other person.

Judges of the lower judiciary that India Legal spoke to say they are being targeted for no reason.

They question the need for such a directive when already established norms are in place to check wrongdoing. Besides, some also say that the move smacks of a complete lack of understanding of the changed conditions in the lower judiciary.

They point to the profiles of some of the newer entrants in the lower judiciary and say many come from well-to-do families and are in a position to undertake foreign travel and host big parties, and so on. Besides, they also complain about the move having the potential to expose their personal and financial details to outsiders, thus putting them at risk.

A retired district and sessions judge of Tis Hazari Courts spoke to India Legal on condition of anonymity. He said: “This is the first time that a circular of this kind has been issued. The aim is to tighten vigilance.

Earlier, intimations were sent through the district and sessions judge to the registrar general of the High Court, which were then forwarded to the vigilance department.”

He said that there have been instances when an inquiry was initiated and action was taken against errant judicial officers. “In some cases, inquiry was dropped after receiving satisfactory answers. In one case, intimation was given by a newly appointed judicial officer, the son of a former Delhi High Court justice and present justice of the Allahabad High Court. After an inquiry, discrepancies were found and he was removed. In another case, a sitting judicial officer was found indulging in a real estate business, and he was subsequently told to leave the job.”

When a response was sought from Delhi High Court Registrar General Dinesh Sharma, he refused to comment on the circular.