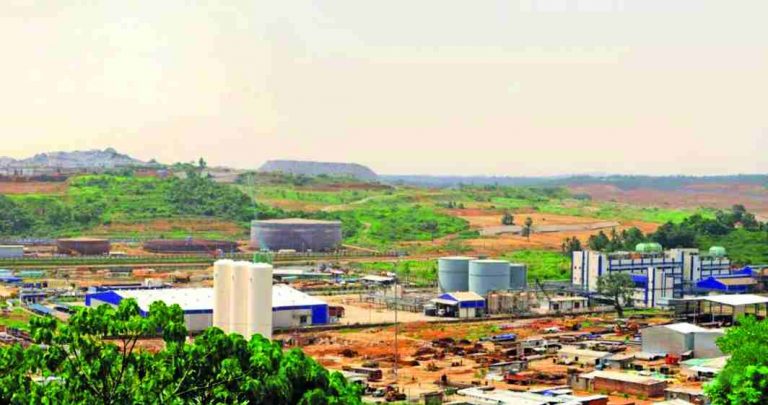 Above: Unfair and unequitable land acquisition often results in displacement and reallocation of the population. Photo: mangaloresez.com

Common law has evolved the doctrine of eminent domain which invests power in the sovereign authority of the government to acquire the land of its citizens. The British enacted the Land Acquisition Act, 1894. After Independence, the said legislation underwent several amendments made by the states. The right to property as a fundamental right was mutated as only a constitutional right mandating payment of fair compensation for acquisition of private property. The parliament enacted a refurbished land acquisition act in 2015. In the erstwhile and current legislation, the state is empowered to acquire land for public purpose. Each of the states have also enacted a law for acquisition of land for industrial development and delivering the land to private entrepreneurs for establishment of industries.

The concept of Special Economic Zone (SEZ) is borrowed from the Chinese. In the context of globalisation of markets, each state started wooing local and foreign investment for industrial development. This trend became evident from 2000 onwards, resulting in enacting of the SEZ Act in 2005.

The object of acquisition of land to augment industrial development is laudable but the implementation is gravely flawed by unscientific and aggressive takeover of agricultural land by the state without proper data regarding the demand of investors vis-a-vis the extent of land acquired. In many areas of the state, fertile cultivable land is acquired for SEZs. The states have not followed the policy of utilising waste land for SEZs. The wholesome objective of augmenting industrial activity and increasing employment opportunity is belied by unscientific and unneeded acquisition.

The CAG report of 2013 discloses that between 2006 and 2013, about 60,375 hectares were acquired, out of which only 28,488 hectares become operational. More than 53 percent of the total land acquired was in disuse. The report further states that the percentage of acquired land which was unutilised in various states was as follows: West Bengal and Odisha, 96 percent; Maharashtra, 70 percent; Gujarat and Andhra Pradesh, 48 percent and Karnataka 40 percent. It is reported that if the unused acquired land had been cultivated, close to one million tonnes of food grain could have been produced. Besides this, there would have been employment opportunities for agriculture labour and trade.

Also, the acquisition of land for SEZs in various states has not been a smooth affair and there has been violent resistance. The Singur episode in West Bengal, for example, is a sad picture of a police state. The state in land acquisition matters does not act fairly and equitably. Often, it results in displacement and reallocation of the population. Also, when there is no fair compensation to the landowners, the cases get quagmired in long-drawn-out litigation, with the result that they get enhanced compensation from the court after 15 to 20 years.

The state usually fixes compensation for the land disproportionately and at a lower rate even in cases where the acquisition is for the benefit of a private investor.

The state usually fixes compensation for the land disproportionately and at a lower rate even in cases where the acquisition is for the benefit of a private investor. The state authority will sell the land so acquired after some cosmetic development at almost four to five times higher than the compensation paid to the land owner.

In the current land acquisition act, the compensation amount payable is fixed at such a high rate that it makes it impossible for any investor to pay it. Authorities of the state while approving the project would instigate the private investor to go for a negotiated settlement with the land owner for the purchase without recourse to legal procedures to avoid public ire and resistance.

There are even instances of chief ministers and ministers selectively denotifying some of the land acquired when it was found that its value in the area near SEZs had appreciated as a result of the acquisition. The power of denotification of the acquired land is rampantly misused by corrupt political authorities.

The decision of the Supreme Court as to how the state should deal with the unused land is awaited, but the state has to learn lessons from its experience and do land acquisition based on the genuine need of the investors. The land so acquired for SEZs should be waste land and in remote and under-developed areas. However, infrastructural facilities like proper road transport and air connectivity to connect such SEZs is to be provided. The state has to totally revise and revamp the existing policy of SEZs to make them development-friendly.