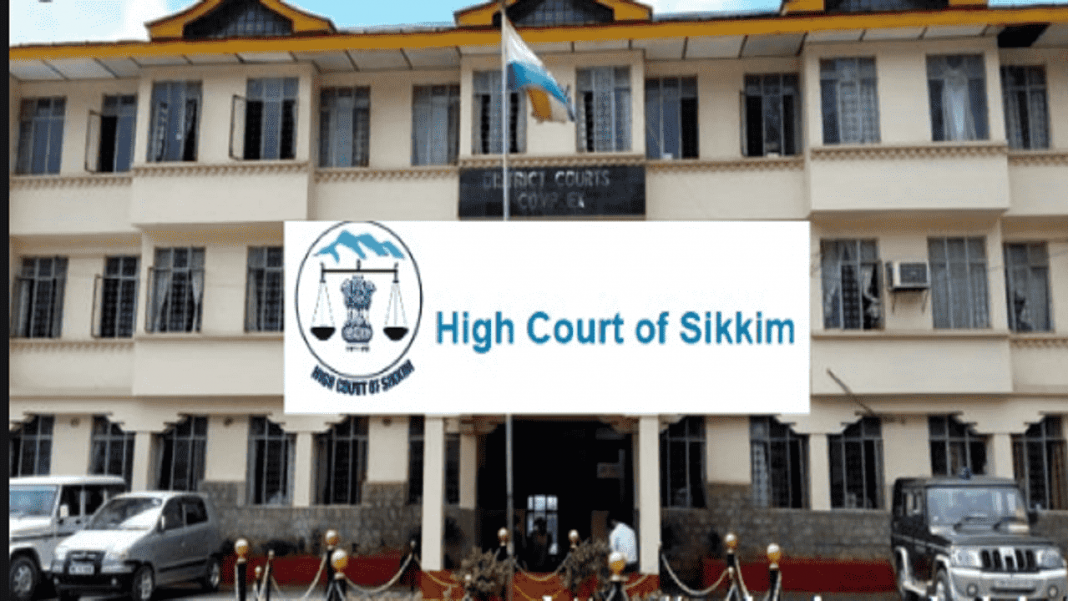 The Sikkim High Court has recently disposed of a Suo Motu Public Interest Litigation (PIL) registered in 2019 on the basis of a letter addressed to the Chief Justice, seeking the implementation of Section 19 of the Maintenance and Welfare of Parents and Senior Citizens Act, 2007.

Pursuant to the High Court order dated December 21, 2021, the status report, in the form of an affidavit, was filed by the Joint Secretary in Women & Child Development Department, Government of Sikkim, according to which the process of establishing Old Age Homes in all the districts of Sikkim – except East Sikkim – has already commenced.

Further, the affidavits states that these Old Age Homes are in various stages of construction. Construction of an Old Age Home at South Sikkim has already been completed and the process is underway for handing over the same to an NGO based in Namchi, South Sikkim, with due approval of the State Government.

The Division Bench of Chief Justice Biswanath Somadder and Justice Meenakshi Madan Rai noted that so far as the other districts are concerned,  Old Age Homes are in various stages of construction, except in East Sikkim, for which budget is likely to be provided for construction of the Old Age Home in the ensuing financial year.

Taking note of the above facts, the High Court is of the view that the State of Sikkim has initiated the process of establishment of Old Age Homes in all the districts of Sikkim and as such no useful purpose will be served in keeping the instant writ petition – which is in the nature of a Public Interest Litigation – pending.
Accordingly, the High Court disposed of the PIL.